NEW YORK TIMES BESTSELLER * "This is Jeff Shaara at his best, giving us another superb [and] historically grounded novel of one of the most dramatic struggles of World War II."-George McGovern

Utilizing the voices of the conflict's most heroic figures, some immortal and some unknown, Jeff Shaara tells the story of America's pivotal role in World War II: fighting to hold back the Japanese conquest of the Pacific while standing side-by-side with her British ally, the last hope for turning the tide of the war against Germany. As British and American forces strike into the soft underbelly of Hitler's Fortress Europa, the new weapons of war come clearly into focus.

In North Africa, tank battles unfold in a tapestry of dust and fire unlike any the world has ever seen. In Sicily, the Allies attack their enemy with a barely tested weapon: the paratrooper. As battles rage along the coasts of the Mediterranean, the momentum of the war begins to shift, setting the stage for the Battle of Normandy. The first book in a trilogy about the military conflict that defined thetwentieth century, The Rising Tide is an unprecedented and intimate portrait of those who waged this astonishing global war.

Praise for The Rising Tide

"[A] sprawling tale thoroughly researched and told withmeticulous detail . . . All that's missing is the smell of gunpowder."-MSNBC online

"The Rising Tide imparts the actual sights, sounds and dialogue from the grounds of 1940s Sicily and North Africa."-New York Daily News


Other Editions - The Rising Tide by Jeff Shaara 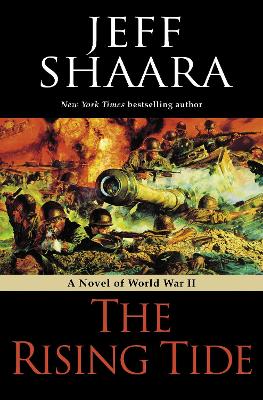 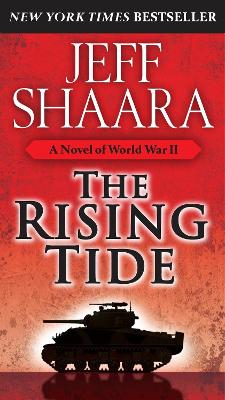 » Have you read this book? We'd like to know what you think about it - write a review about Rising Tide book by Jeff Shaara and you'll earn 50c in Boomerang Bucks loyalty dollars (you must be a Boomerang Books Account Holder - it's free to sign up and there are great benefits!)

Jeff Shaara is the New York Times bestselling author of A Chain of Thunder, A Blaze of Glory, The Final Storm, No Less Than Victory, The Steel Wave, The Rising Tide, To the Last Man, The Glorious Cause, Rise to Rebellion, and Gone for Soldiers, as well as Gods and Generals and The Last Full Measure--two novels that complete the Civil War trilogy that began with his father's Pulitzer Prize-winning classic, The Killer Angels. Shaara was born into a family of Italian immigrants in New Brunswick, New Jersey. He grew up in Tallahassee, Florida, and graduated from Florida State University. He lives in Gettysburg. From the Hardcover edition.