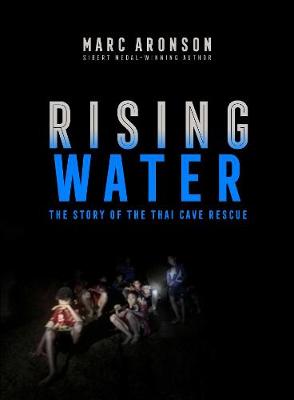 Rising Water: The Story of the Thai Cave Rescue

Description - Rising Water: The Story of the Thai Cave Rescue by Marc Aronson

The incredible true story of the twelve boys trapped with their coach in a flooded cave in Thailand and their inspiring rescue.

On June 23, 2018, twelve members of the Wild Boars soccer team and their coach were exploring the Tham Luang cave complex in northern Thailand when disaster struck. A rainy season downpour flooded the tunnels, trapping them as they took shelter on a shelf of the dark cave. Eight days of searching yielded no signs of life, but on July 2 they were discovered by two British divers. The boys and their coach were eventually rescued in an international operation that took three days. What could have been a terrible tragedy became an amazing story of survival.

Award-winning author Marc Aronson brings us the backstory behind how this astounding rescue took place. Rising Water highlights the creative thinking and technology that made a successful mission possible by examining the physical, environmental, and psychological factors surrounding the rescue. From the brave Thai Navy SEAL who lost his life while placing oxygen tanks along the passageways of the cave, to the British divers that ultimately swam the boys to safety, to the bravery of the boys and their coach, this is the breathtaking rescue that captivated the entire world.

Other Editions - Rising Water: The Story of the Thai Cave Rescue by Marc Aronson 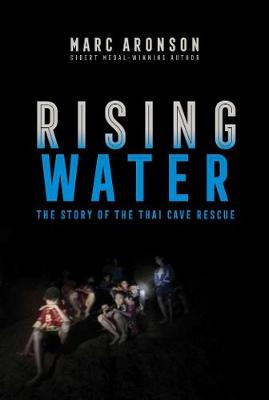 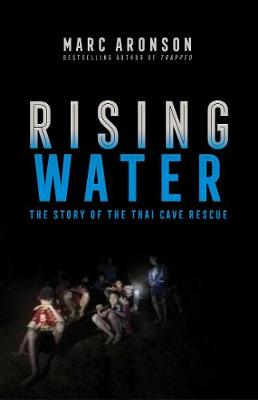 » Have you read this book? We'd like to know what you think about it - write a review about Rising Water: The Story of the Thai Cave Rescue book by Marc Aronson and you'll earn 50c in Boomerang Bucks loyalty dollars (you must be a Boomerang Books Account Holder - it's free to sign up and there are great benefits!)


A Preview for this title is currently not available.
More Books By Marc Aronson
View All