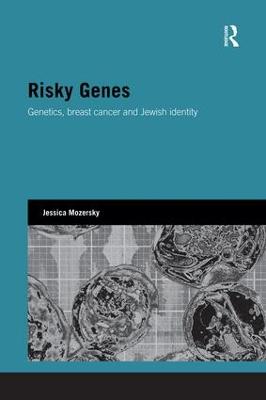 Ashkenazi Jews have the highest known population risk of carrying specific mutations in the high-risk breast cancer genes, BRCA1 and BRCA2. So what does it mean to be told you have an increased risk of genetic breast cancer because you are of Ashkenazi Jewish origin? In a time of ever-increasing knowledge about variations in genetic disease risk among different populations, there is a pressing need for research regarding the implications of such information for members of high-risk populations.

Risky Genes provides first-hand intimate descriptions of women's experiences of being Jewish and of being at increased risk of genetic breast cancer. It explores the impact this knowledge has on their identity and understanding of belonging to a collective. Using qualitative data from high-risk Ashkenazi women in the UK, this book elucidates the importance of biological discourses in forging Jewish self-identity and reveals the complex ways in which biological and social understandings of Jewish belonging intersect.

In Risky Genes, Jessica Mozersky reflects upon and offers new insight into the ongoing debates regarding the implications of genetic research for populations, and of new genetic knowledge for individual and collective identity. The book will be of interest to students and scholars of sociology, anthropology, Jewish studies, medical genetics, medical ethics, religious studies, and race and ethnic studies. 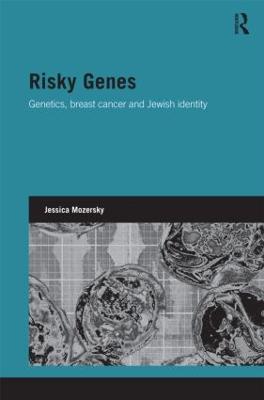 » Have you read this book? We'd like to know what you think about it - write a review about Risky Genes book by Jessica Mozersky and you'll earn 50c in Boomerang Bucks loyalty dollars (you must be a Boomerang Books Account Holder - it's free to sign up and there are great benefits!)

Jessica Mozersky is a Postdoctoral Researcher at the University of Pennsylvania's Center for the Integration of Genetic Healthcare Technologies (Penn CIGHT). She received her PhD in Anthropology from the interdisciplinary Institute of Human Genetics and Health at University College London. In 2011, she was selected to be a Visiting Researcher at the Brocher Foundation in Hermance, Switzerland. She is a founding member of an international comparative social science BRCA network, and has managed international multi-centre clinical trials for BRCA carriers and women at increased genetic risk of breast and ovarian cancer at University College London and King's College London.

A Preview for this title is currently not available.
More Books By Jessica Mozersky
View All