In the past two years, the little town of Riverdale has changed in a number of amazing ways. The entire Archie universe has been given a fresh coat of paint and it's only getting bigger and better from here. Road to Riverdale presents to readers all of the third issues of each of our new series so far, including Archie, Jughead, Betty and Veronica, Josie and the Pussycats, and Reggie & Me. This graphic novel features riveting stories and dazzling artwork from superstar writers and artists like Mark Waid, Adam Hughes, Marguerite Bennett, Fiona Staples, Chip Zdarsky and much more. You won't want to miss out on this one-of-a-kind collection that shines the spotlight on the New Riverdale, and serves as the ultimate guide for both new readers and long-time fans.

» Have you read this book? We'd like to know what you think about it - write a review about Road To Riverdale Vol. 3 book by Mark Waid and you'll earn 50c in Boomerang Bucks loyalty dollars (you must be a Boomerang Books Account Holder - it's free to sign up and there are great benefits!)

MARK WAID is an Eisner Award-winning American comic book writer. He is well known for his eight-year run as writer of the DC Comics' title THE FLASH, as well as his scripting of the limited series KINGDOM COME and SUPERMAN- BIRTHRIGHT, and his work on Marvel Comics' CAPTAIN AMERICA. Waid also served as Editor-in-Chief, and later, Chief Creative Officer of BOOM! Studios, where he wrote titles such as IRREDEEMABLE, INCORRUPTIBLE and THE TRAVELER. He has received recent acclaim for his work on the DAREDEVIL and INDESTRUCTIBLE HULK series for Marvel in 2012-2013.a CHIP ZDARSKY is a Canadian comic book artist, journalist, illustrator and designer. He is the artist and co-creator of the IMAGE comic book SEX CRIMINALS (TIME's #1 comic and graphic novel pick of 2013), the writer of HOWARD THE DUCK for MARVEL, KAPTARA for Image Comics, and the new ongoing JUGHEAD series for Archie Comics.a ADAM HUGHES is an American comic book artist and illustrator who has provided illustration work for companies such as DC Comics, Marvel Comics, Dark Horse Comics, and Lucasfilm. He is best known to American comic book readers for his renderings of pinup-style female characters, and his cover work on titles such as Wonder Woman and Catwoman. He is known as one one of the best known and distinctive comic book cover artists.a MARGUERITE BENNETT is a writer from DC Comics, Marvel, Aftershock, BOOM! Studios, Rosy Press, and more, on projects ranging from DC's BOMBSHELLS to A-FORCE to ANGELA- QUEEN OF HEL to RED SONJA to INSEXTS. FIONA STAPLES is a Canadian comic book artist known for her work on books such as SAGA, NORTH 40, DV8- GODS AND MONSTERS, T.H.U.N.D.E.R. AGENTS and the new ARCHIE relaunch. She is a multiple Eisner and Harvey Award-winner, and has been cited as one of the best artists w 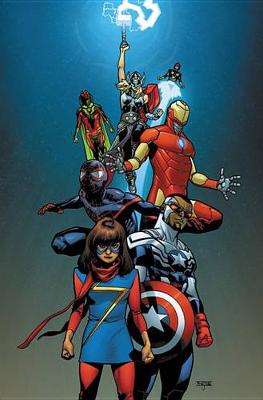 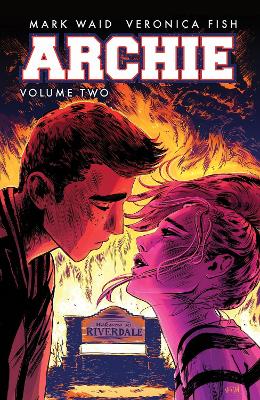