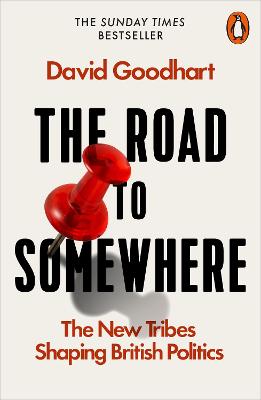 The Road to Somewhere

Description - The Road to Somewhere by David Goodhart

Many Remainers reported waking up the day after the Brexit vote feeling as if they were living in a foreign country. In fact, they were merely experiencing the same feeling that many British people have felt every day for years.

Fifty years ago, people in leafy North London and people in working-class Northern towns could vote for a Labour party that broadly encompassed all of their interests. Today their priorities are poles apart.

In this groundbreaking and timely book, Goodhart shows us how people have come to be divided into two camps- the 'Anywheres', who have 'achieved' identities, derived from their careers and education, and 'Somewheres', who get their identity from a sense of place and from the people around them, and who feel a sense of loss due to mass immigration and rapid social change.

In a world increasingly divided by Brexit and Trump, Goodhart shows how Anywheres must come to understand and respect Somewhere values to stand a fighting chance against the rise of populism.

Other Editions - The Road to Somewhere by David Goodhart 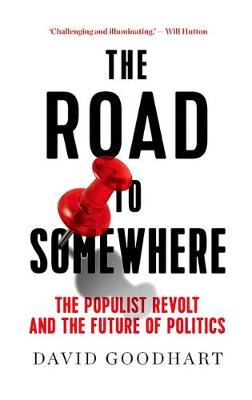 Book Reviews - The Road to Somewhere by David Goodhart

» Have you read this book? We'd like to know what you think about it - write a review about Road to Somewhere book by David Goodhart and you'll earn 50c in Boomerang Bucks loyalty dollars (you must be a Boomerang Books Account Holder - it's free to sign up and there are great benefits!)

David Goodhart is the founding editor of Prospect magazine and one of the most distinctive voices on British politics today. He is currently head of the Demography, Immigration and Integration Unit at the think tank Policy Exchange, and was previously director of the centre-left think tank Demos. His last book 'The British Dream: Successes and Failures of Post-War Immigration' (2013) was runner-up for the Orwell Prize in 2014 and was a finalist for Political Book of the Year in the Paddy Power Political Book Awards. David voted remain in the EU referendum and has been a mainly inactive member of the Labour Party since he was a student.

A Preview for this title is currently not available.
More Books By David Goodhart
View All