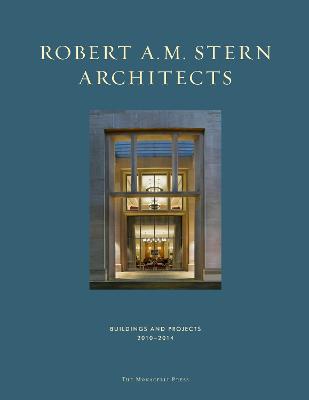 "Focusing on the output of Stern's office over the past five years, this volume covers the most globalized period of his practice. Featuring profiles of well over 100 projects built domestically and abroad, Robert A. M. Stern- Buildings and Projects 2010-2014 includes significant projects in Asia, from Hong Kong to Mainland China, Taiwan to India. In the United States his educational, cultural, commercial, and residential projects continue to explore and expand the form languages of classical and traditional American architectures. Stern's imprint on campuses across the U.S. is strong, reflecting the position that education holds in Stern's ethic, as an educator and dean of the architecture school at Yale University, with new additions to Drexel University in Philadelphia, Wake Forest University in Winston-Salem, North Carolina, and Grand Valley State University in Grand Rapids, Michigan. But Stern also remains key to the ongoing development of his native New York City, with new residential towers underway on the High Line, Central Park South and at Hudson Yards."

» Have you read this book? We'd like to know what you think about it - write a review about Robert A. M. Stern Architects book by Robert A. M. Stern and you'll earn 50c in Boomerang Bucks loyalty dollars (you must be a Boomerang Books Account Holder - it's free to sign up and there are great benefits!)

Architect, educator, and architectural historian, Robert A. M. Stern is the founding partner of Robert A. M. Stern Architects and dean of the Yale School of Architecture. He is the author of a five-volume history of New York's architecture and urban development, culminating with New York 2000, as well as the monumental survey of the development of the garden suburb, Paradise Planned (Monacelli, 2013).

A Preview for this title is currently not available.
More Books By Robert A. M. Stern
View All