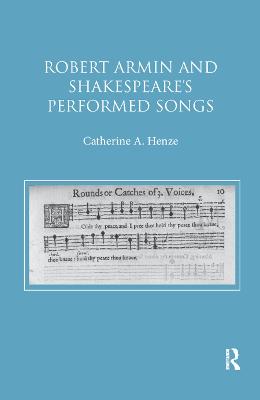 After Robert Armin joined the Chamberlain's Men, singing in Shakespeare's dramas catapulted from 1.25 songs and 9.95 lines of singing per play to 3.44 songs and 29.75 lines of singing, a virtually unnoticed phenomenon. In addition, many of the songs became seemingly improvisatory-similar to Armin's personal style as an author and solo comedian. In order to study Armin's collaborative impact, this interdisciplinary book investigates the songs that have Renaissance music that could have been heard on Shakespeare's stage. They occur in some of Shakespeare's most famous plays, including Much Ado About Nothing, Twelfth Night, Hamlet, and The Tempest. In fact, Shakespeare's plays, as we have them, are not complete. They are missing the music that could have accompanied the plays' songs. Significantly, Renaissance vocal music, far beyond just providing entertainment, was believed to alter the bodies and souls of both performers and auditors to agree with its characteristics, directly inciting passions from love to melancholy. By collaborating with early modern music editor and performing artist Lawrence Lipnik, Catherine Henze is able to provide new performance editions of seventeen songs, including spoken interruptions and cuts and rearrangement of the music to accommodate the dramatist's words. Next, Henze analyzes the complete songs, words and music, according to Renaissance literary and music primary sources, and applies the new information to interpretations of characters and scenes, frequently challenging commonly held literary assessments. The book is organized according to Armin's involvement with the plays, before, during, and after the comic actor joined Shakespeare's company. It offers readers the tools to interpret not only these songs, but also vocal music in dramas by other Renaissance playwrights. Moreover, Robert Armin and Shakespeare's Performed Songs, written with non-specialized terminology, provides a

Other Editions - Robert Armin and Shakespeare's Performed Songs by Catherine A. Henze 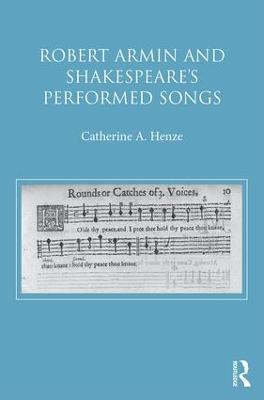 » Have you read this book? We'd like to know what you think about it - write a review about Robert Armin and Shakespeare's Performed Songs book by Catherine A. Henze and you'll earn 50c in Boomerang Bucks loyalty dollars (you must be a Boomerang Books Account Holder - it's free to sign up and there are great benefits!)


A Preview for this title is currently not available.
More Books By Catherine A. Henze
View All