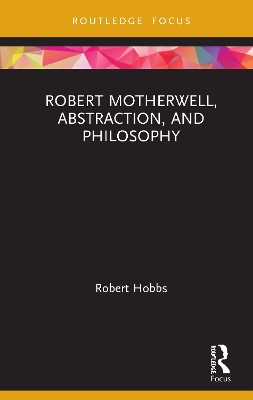 Motherwell first encountered Whitehead and his work as a philosophy graduate student at Harvard University, and he continued to espouse Whitehead's processist theories as germane to his art throughout his life. This book examines how Whitehead's process philosophy-inspired by quantum theory and focusing on the ongoing ingenuity of dynamic forces of energy rather than traditional views of inert substances-set the stage for Motherwell's future art.

This book will be of interest to scholars in twentieth-century modern art, philosophy of art and aesthetics, and art history.

» Have you read this book? We'd like to know what you think about it - write a review about Robert Motherwell, Abstraction, and Philosophy book by Robert Hobbs and you'll earn 50c in Boomerang Bucks loyalty dollars (you must be a Boomerang Books Account Holder - it's free to sign up and there are great benefits!)


A Preview for this title is currently not available.
More Books By Robert Hobbs
View All