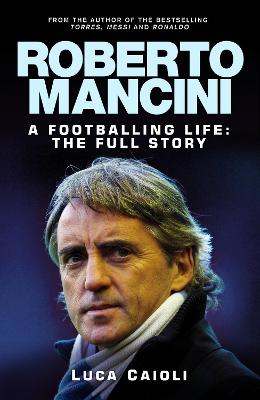 A Footballing Life: The Full Story

When Roberto Mancini was appointed to Manchester City in late 2009, he came from his native Italy with an almost peerless cup-winning pedigree at both Lazio and Inter Milan. In his first full season at City, Mancini guided the club to Champions League football and the FA Cup, shaping the squad into one of the most successful teams in the Premier League.

Luca Caioli gives Mancini's inside story - from his early days as an international player to his emergence as a charismatic, if controversial, pitch-side leader. The book contains exclusive personal interviews with Roberto himself, alongside recollections from star players and colleagues like Javier Zannetti, Sergio Aguero and Arrigo Sacchi, unveiling the life of one of the modern game's great managers. 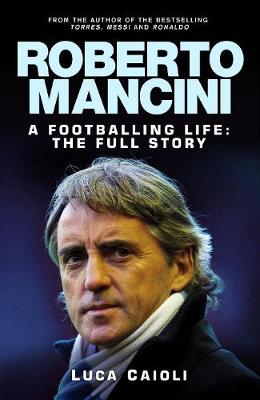 » Have you read this book? We'd like to know what you think about it - write a review about Roberto Mancini book by Luca Caioli and you'll earn 50c in Boomerang Bucks loyalty dollars (you must be a Boomerang Books Account Holder - it's free to sign up and there are great benefits!)

Luca Caioli is the author of bestselling Icon Books titles Messi, Torres and Ronaldo. He is a renowned Italian sports journalist who crafted his reputation at L'Unita, Il Manifesto, La Repubblica, La Gazzetta dello Sporti and Rai 3 in Italy, ITV in Britain, and as chief editor of Euronews TV in France. He settled in Spain five years ago where he is correspondent for SKY Italia and writes for Il Corriere della Sera.

A Preview for this title is currently not available.
More Books By Luca Caioli
View All