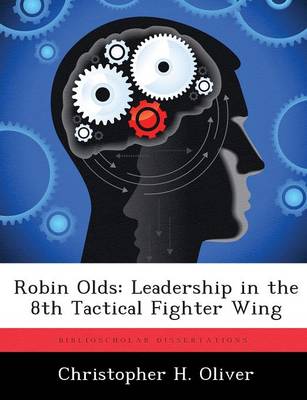 Sometimes in combat, the situation determines the type of leader needed in order to accomplish the mission. This was the case of the 8th Tactical Fighter Wing (TFW) at Ubon Royal Thai Air Force Base (RTAFB), Thailand, prior to the arrival of Colonel Robin Olds in September 1966. The 8th TFW was in desperate need of combat leadership at a time when the air war over Southeast Asia, and more specifically North Vietnam, was heating up. From the beginning of his command tenure, Olds worked untiringly to make the 8th TFW into an effective combat unit, skillfully leading and empowering his subordinates. His measurement of effectiveness was results, not statistics. Drawing on his previous combat experiences and often-unorthodox solutions to problems, Robin Olds was able to achieve extraordinary results as Wing Commander of the 8th TFW.

» Have you read this book? We'd like to know what you think about it - write a review about Robin Olds: Leadership in the 8th Tactical Fighter Wing book by Christopher H Oliver and you'll earn 50c in Boomerang Bucks loyalty dollars (you must be a Boomerang Books Account Holder - it's free to sign up and there are great benefits!)