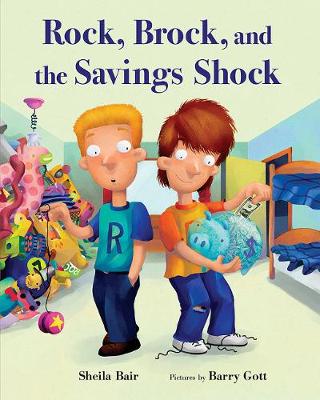 Rock, Brock, and the Savings Shock

Description - Rock, Brock, and the Savings Shock by Sheila Blair

Rock and Brock may be twins, but they are as different as two twins can be. One day, their grandpa offers them a plan-for ten straight weeks on Saturday he will give them each one dollar. But there is a catch! "Listen now, for here's the trick, each buck you save, I'll match it quick. But spend it, there's no extra dough, so save your cash, and watch it grow." Rock is excited-there are all sorts of things he can buy for one dollar! So each week he spends his money on something different-an inflatable moose head, green hair goo, white peppermint wax fangs. But while Rock is spending his money, Brock is saving his. And each week when Rock gets just one dollar, Brock's savings get matched. By the end of summer, Brock has five hundred and twelve dollars, while Rock has none. When Rock sees what his brother has saved, he realizes he has made a mistake. But Brock shows him that it is never too late to start saving.

Other Editions - Rock, Brock, and the Savings Shock by Sheila Blair 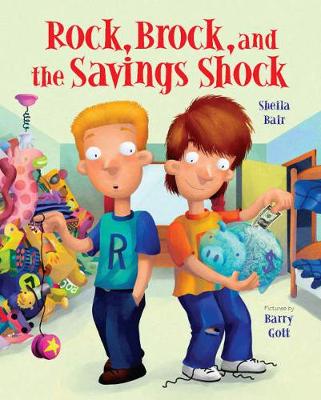 » Have you read this book? We'd like to know what you think about it - write a review about Rock, Brock, and the Savings Shock book by Sheila Blair and you'll earn 50c in Boomerang Bucks loyalty dollars (you must be a Boomerang Books Account Holder - it's free to sign up and there are great benefits!)

Sheila C. Bair is one of the leading financial experts in the world. She has an extensive background in banking and finance and has received several honors for her published work on financial issues, including her educational writings on money and finance for children, and for professional achievement. Among the honors she has received are: Distinguished Achievement Award, Association of Education Publishers (2005); Personal Service Feature of the Year, and Author of the Month Awards, Highlights Magazine for Children (2002, 2003 and 2004); and The Treasury Medal (2002). She lives in Maryland with her husband and children. Barry Gott has illustrated numerous children's books as well as written and illustrated greeting cards.

A Preview for this title is currently not available.
More Books By Sheila Blair
View All