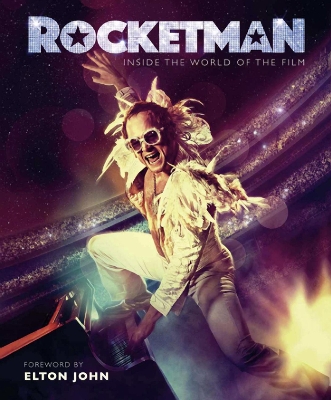 In May 2019, audiences are invited to discover the fantastical story of Sir Elton John's life, from his years as a prodigy at the Royal Academy of Music, to a global superstar, through his influential and enduring partnership with his songwriting collaborator Bernie Taupin.

» Have you read this book? We'd like to know what you think about it - write a review about Rocketman: Official Elton John Movie Book book by Malcolm Croft and you'll earn 50c in Boomerang Bucks loyalty dollars (you must be a Boomerang Books Account Holder - it's free to sign up and there are great benefits!)


A Preview for this title is currently not available.
More Books By Malcolm Croft
View All