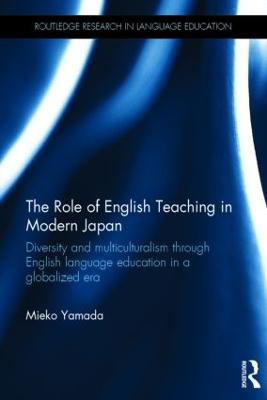 The Role of English Teaching in Modern Japan

Diversity and multiculturalism through English language education in a globalized era

The Role of English Teaching in Modern Japan examines the complex nature of Japan's promotion of English as a Foreign Language (EFL). In globalized societies where people with different native languages communicate through English, multicultural and multilinguistic interactions are widely created. This book takes the opportunity to look at Japan and examines how these multiple realities have affected its English language teaching within the domestic context.

The myth of Japan's racial and ethnic homogeneity may hinder many Japanese in recognizing realities of its own minority groups such as Ainu, Zainichi Koreans, and Brazilian Japanese, who are in the same EFL classrooms. Acknowledging a variety of English uses and users in Japan, this book emphasizes the influence of Japan's recent domestic diversity on its EFL curriculum and urges that such changes should be addressed. It suggests new directions for incorporating multicultural perspectives in order to develop English language education in Japan and other Asian contexts where English is often taught as a foreign language. Chapters include: 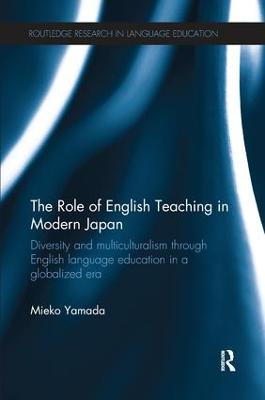 » Have you read this book? We'd like to know what you think about it - write a review about Role of English Teaching in Modern Japan book by Mieko Yamada and you'll earn 50c in Boomerang Bucks loyalty dollars (you must be a Boomerang Books Account Holder - it's free to sign up and there are great benefits!)

A Preview for this title is currently not available.
More Books By Mieko Yamada
View All

The Role of English Teaching in Modern Japan: Diversity and multiculturalism through English language education in a globalized era
$98.00 $98.99