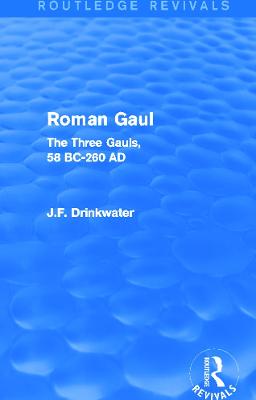 Roman Gaul, first published in 1983, makes use of a wealth of archaeological discoveries and modern methods of interpretation to give an account of the Roman presence in Gaul, from the time of Caesar's conquests until the Crisis of the third century. Professor Drinkwater emphasises the changes caused in the Three Gauls and Germany by the impact of Romanisation - urbanisation, agriculture, trade and education - and points out the often curious ways in which Roman influences survive in these areas to the present day.

Particular attention is paid to the evolution of the landowning class, as well as its relationship with the artisans and traders found in townships and cities. An assessment of the strength of Romano-Gallic society and its economy in the tumultuous third century AD concludes this lively and provocative coverage of an intriguing subject. Roman Gaul will be of interest to all students of the Roman legacy. 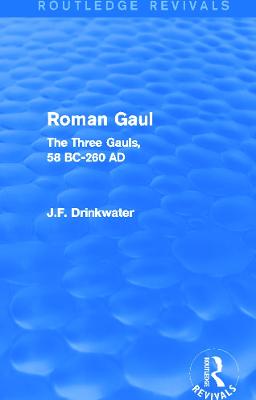 » Have you read this book? We'd like to know what you think about it - write a review about Roman Gaul book by John Drinkwater and you'll earn 50c in Boomerang Bucks loyalty dollars (you must be a Boomerang Books Account Holder - it's free to sign up and there are great benefits!)


A Preview for this title is currently not available.
More Books By John Drinkwater
View All

A History of the Late Siege of Gibraltar. with a Description and Account of That Garrison, from the Earliest Periods. by John Drinkwater, ...
$76.59 $85.10

A History of the Late Siege of Gibraltar. with a Description and Account of That Garrison, from the Earliest Periods. by John Drinkwater, ... Second Edition, Corrected; With a Copious Table of Contents.
$78.80 $87.55

A History of the Late Siege of Gibraltar. with a Description and Account of That Garrison, from the Earliest Periods. by John Drinkwater, ... Fourth Edition.
$81.00 $90.00