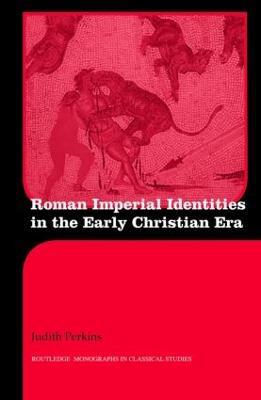 Through the close study of texts, Roman Imperial Identities in the Early Christian Era examines the overlapping emphases and themes of two cosmopolitan and multiethnic cultural identities emerging in the early centuries CE -- a trans-empire alliance of the Elite and the "Christians." Exploring the cultural representations of these social identities, Judith Perkins shows that they converge around an array of shared themes: violence, the body, prisons, courts, and time. Locating Christian representations within their historical context and in dialogue with other contemporary representations, it asks why do Christian representations share certain emphases? To what do they respond, and to whom might they appeal? For example, does the increasing Christian emphasis on a fully material human resurrection in the early centuries, respond to the evolution of a harsher and more status based judicial system?
Judith Perkins argues that Christians were so successful in suppressing their social identity as inhabitants of the Roman Empire, that historical documents and testimony have been sequestered as "Christian" rather than recognized as evidence for the social dynamics enacted during the period, Her discussion offers a stimulating survey of interest to students of ancient narrative, cultural studies and gender. 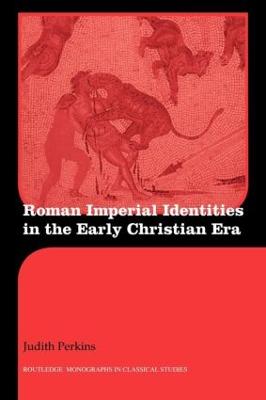 » Have you read this book? We'd like to know what you think about it - write a review about Roman Imperial Identities in the Early Christian Era book by Judith Perkins and you'll earn 50c in Boomerang Bucks loyalty dollars (you must be a Boomerang Books Account Holder - it's free to sign up and there are great benefits!)

Judith Perkins is professor of Classics and Humanities at Saint Joseph College, Connecticut. Her research focuses on the social and cultural dynamics of early Christian representation in its historical matrix. She is the author of The Suffering Self (Routledge 1995).

A Preview for this title is currently not available.
More Books By Judith Perkins
View All