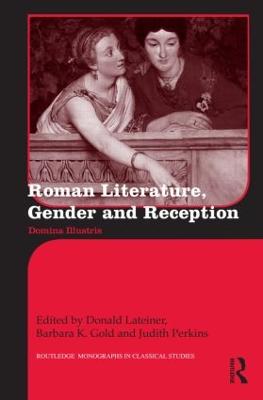 This cutting-edge collection of essays offers provocative studies of ancient history, literature, gender identifications and roles, and subsequent interpretations of the republican and imperial Roman past. The prose and poetry of Cicero and Petronius, Lucretius, Virgil, and Ovid receive fresh interpretations; pagan and Christian texts are re-examined from feminist and imaginative perspectives; genres of epic, didactic, and tragedy are re-examined; and subsequent uses and re-uses of the ancient heritage are probed with new attention: Shakespeare, Nineteenth Century American theater, and contemporary productions involving prisoners and veterans.

Comprising nineteen essays collectively honoring the feminist Classical scholar Judith Hallett, this book will interest the Classical scholar, the ancient historian, the student of Reception Studies, and feminists interested in all periods. The authors from the United States, Britain, France and Switzerland are authorities in one or more of these fields and chapters range from the late Republic to the late Empire to the present.

Other Editions - Roman Literature, Gender and Reception by Donald Lateiner 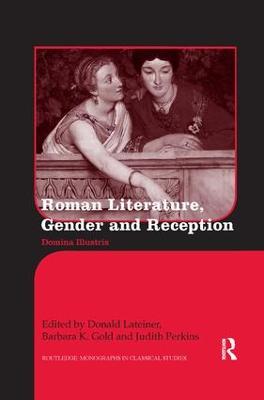 » Have you read this book? We'd like to know what you think about it - write a review about Roman Literature, Gender and Reception book by Donald Lateiner and you'll earn 50c in Boomerang Bucks loyalty dollars (you must be a Boomerang Books Account Holder - it's free to sign up and there are great benefits!)

Donald Lateiner teaches Greek, Latin and Ancient History at Ohio Wesleyan University. He has published more than sixty articles and over one hundred book reviews, usually on topics connected to Hellenic historiography, nonverbal behaviors in ancient epic, and in the Greek and Roman novels. Barbara K. Gold is Edward North Professor of Classics at Hamilton College. Her edited volume, A Companion to Roman Love Elegy, was published in 2012. She has published widely on satire, lyric and elegy, feminist theory and late antiquity. Judith Perkins is Professor of Classics and Humanities emerita at the University of Saint Joseph. She is has authored and edited several titles, including (with Ronald F. Hock and J. Bradley Chance) Ancient Fiction and Early Christian Narrative (1998).

A Preview for this title is currently not available.
More Books By Donald Lateiner
View All