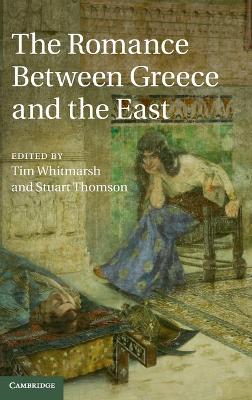 The Romance between Greece and the East

Description - The Romance between Greece and the East by Tim Whitmarsh

The contact zones between the Greco-Roman world and the Near East represent one of the most exciting and fast-moving areas of ancient-world studies. This new collection of essays, by world-renowned experts (and some new voices) in classical, Jewish, Egyptian, Mesopotamian and Persian literature, focuses specifically on prose fiction, or 'the ancient novel'. Twenty chapters either offer fresh readings - from an intercultural perspective - of familiar texts (such as the biblical Esther and Ecclesiastes, Xenophon of Ephesus' Ephesian Story and Dictys of Crete's Journal), or introduce material that may be new to many readers: from demotic Egyptian papyri through old Avestan hymns to a Turkic translation of the Life of Aesop. The volume also considers issues of methodology and the history of scholarship on the topic. A concluding section deals with the question of how narratives, patterns and motifs may have come to be transmitted between cultures.

Buy The Romance between Greece and the East by Tim Whitmarsh from Australia's Online Independent Bookstore, Boomerang Books. 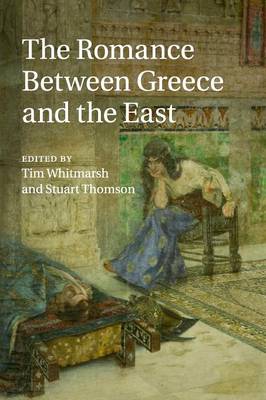 » Have you read this book? We'd like to know what you think about it - write a review about Romance between Greece and the East book by Tim Whitmarsh and you'll earn 50c in Boomerang Bucks loyalty dollars (you must be a Boomerang Books Account Holder - it's free to sign up and there are great benefits!)

Tim Whitmarsh is Professor of Ancient Literatures and E. P. Warren Praelector, Fellow and Tutor in Classics at Corpus Christi College, Oxford. He has published widely on ancient prose fiction, including Narrative and Identity in the Ancient Greek Novel: Returning Romance (Cambridge, 2011), and edited The Cambridge Companion to the Greek and Roman Novel (Cambridge, 2008). He is currently writing a book on religious scepticism in antiquity. Stuart Thomson is a doctoral student at Corpus Christi College, Oxford, specialising on Clement of Alexandria.

A Preview for this title is currently not available.
More Books By Tim Whitmarsh
View All

Beyond the Second Sophistic: Adventures in Greek Postclassicism
$56.79 $57.95