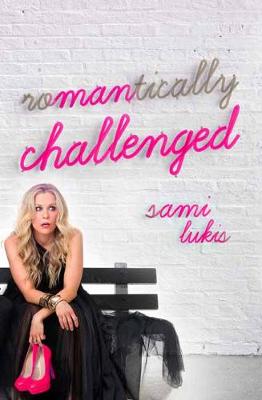 The road to love is paved with dating disasters... One of Australia's favourite personalities shares the ups, downs and in betweens of three decades of frog kissing in this hilarious, engaging and delightfully honest book.

Despite her best efforts (and the fact that she was once voted 'TV's most spankable personality'), Sami Lukis has always been romantically challenged.

Aside from a handful of serious long-term relationships, she's been a serial dater for the better part of thirty years. It's not like she hasn't tried to find the one - she's given it a bloody good go. She's been on more blind dates than is reasonable for anyone to endure in a lifetime. She's dated guys on almost every continent. But for reasons she can't quite understand, she seems to be a dating weirdo magnet.

There was the date with Kevin Costner's bodyguard (yep, the Bodyguard's bodyguard), and the delightful gentleman she later found out was an armed robber. The sleazy TV exec who loved the word 'moist'. The bloke who wanted to rent her ovum. The guy who proposed on their first date. The loser who sent her a selfie featuring a hickie - which he hadn't got from her. Oh, and that time she realised she might be dating her cousin.

Now Sami's sharing her dating disasters in the hopes of connecting with anyone who's experienced the highs and lows of the always nerve-wracking, sometimes uplifting and often stomach-churning roller-coaster of romance. Romantically Challenged is an unintentionally entertaining romp through the men, the meetings and the misadventures a woman can face on her quest to find love.

» Have you read this book? We'd like to know what you think about it - write a review about Romantically Challenged book by Sami Lukis and you'll earn 50c in Boomerang Bucks loyalty dollars (you must be a Boomerang Books Account Holder - it's free to sign up and there are great benefits!)

Sami Lukis is one of Australia's most versatile media personalities, with a career spanning more than twenty years in Australian media. Sami also runs her own successful travel business, hosting unique getaways for women in New York. In radio, Sami has co-hosted The Sami Lukis & Yumi Stynes Show and The Ant & Sami Lukis Show on Mix FM. Sami co-hosted The Grill Team, The Ugly Phil & Sami Show and The Cage at Triple M, and The Merrick & Rosso Show at Nova 969. In television, Sami has worked as a host/reporter on the Today show, The Morning Show, The Daily Edition, Studio 10, Dancing on Ice, Loves Me, Loves Me Not, 20 to 1, Big Brother, Totally Wild, The Blue Planet, Shipwrecked, Good Morning Australia, the TV Week Logie Awards Red Carpet, the New Year's Eve telecast and Fox Sports News. Sami also featured in the documentary Sami's Baby on Foxtel and she has worked as a regular host/red carpet reporter for Event Cinemas and Cinema Live. Sami graduated from the Queensland University of Technology with a Bachelor of Business Communication (with Distinction). She is the proud Patron for Kids Rehab at the Children's Hospital at Westmead and the Australian Ambassador for global beauty brand L'Occitane.