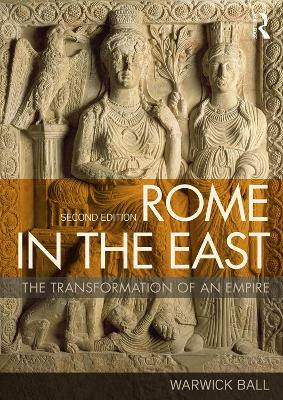 Rome in the East

The Transformation of an Empire 2nd New edition

Description - Rome in the East by Warwick Ball

This new edition of Rome in the East expands on the seminal work of the first edition, and examines the lasting impact of the near Eastern influence on Rome on our understanding of the development of European culture. Warwick Ball explores modern issues as well as ancient, and overturns conventional ideas about the spread of European culture to the East. This volume includes analysis of Roman archaeological and architectural remains in the East, as well as links to the Roman Empire as far afield as Iran, Central Asia, India, and China. The Near Eastern client kingdoms under Roman rule are examined in turn and each are shown to have affected Roman, and ultimately European, history in different but very fundamental ways. The highly visible presence of Rome in the East - mainly the architectural remains, some among the greatest monumental buildings in the Roman world - are examined from a Near Eastern perspective and demonstrated to be as much, if not more, a product of the Near East than of Rome.

Warwick Ball presents the story of Rome in the light of Rome's fascination with the Near East, generating new insights into the nature and character of Roman civilisation, and European identity from Rome to the present. Near Eastern influence can be seen to have transformed Roman Europe, with perhaps the most significant change being the spread of Christianity. This new edition is updated with the latest research and findings from a range of sources including field work in the region and new studies and views that have emerged since the first edition. Over 200 images, most of them taken by the author, demonstrate the grandeur of Rome in the East. This volume is an invaluable resource to students of the history of Rome and Europe, as well as those studying the Ancient Near East.

Other Editions - Rome in the East by Warwick Ball 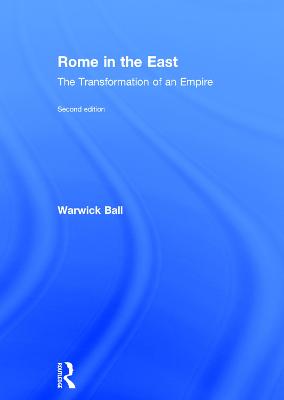 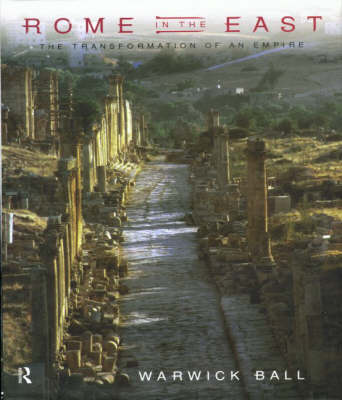 Book Reviews - Rome in the East by Warwick Ball

» Have you read this book? We'd like to know what you think about it - write a review about Rome in the East book by Warwick Ball and you'll earn 50c in Boomerang Bucks loyalty dollars (you must be a Boomerang Books Account Holder - it's free to sign up and there are great benefits!)

Warwick Ball is a Near Eastern archaeologist who has excavated in Afghanistan, Iran, Iraq, Jordan, Libya and Ethiopia, and travelled extensively in most other countries in the region in his professional capacity. He has held posts with the British Institute of Afghan Studies in Kabul, the Department of Antiquities of Jordan and the British School of Archaeology in Iraq. The first edition of Rome in the East was Choice Outstanding Academic Book in 2000 and was awarded the James Henry Breasted Prize in 2001. Author of many other books on the history and archaeology of the region, Mr Ball now lives in Scotland.

A Preview for this title is currently not available.
More Books By Warwick Ball
View All