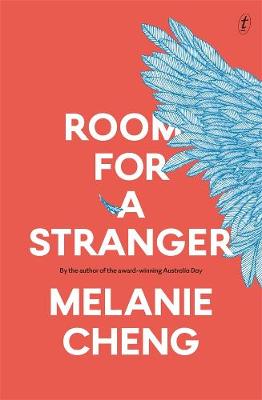 Room for a Stranger

Description - Room for a Stranger by Melanie Cheng

By the winner of the Victorian Premier's Literary Award for Fiction, 2018.

Since her sister died, Meg has been on her own. She doesn't mind, not really-not with Atticus, her African grey parrot, to keep her company-but after her house is broken into by a knife-wielding intruder, she decides it might be good to have some company after all.

Andy's father has lost his job, and his parents' savings are barely enough to cover his tuition. If he wants to graduate, he'll have to give up his student flat and find a homeshare. Living with an elderly Australian woman is harder than he'd expected, though, and soon he's struggling with more than his studies.

Other Editions - Room for a Stranger by Melanie Cheng 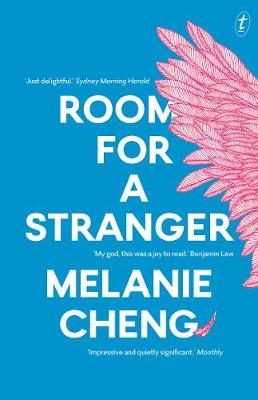 Book Reviews - Room for a Stranger by Melanie Cheng

» Have you read this book? We'd like to know what you think about it - write a review about Room for a Stranger book by Melanie Cheng and you'll earn 50c in Boomerang Bucks loyalty dollars (you must be a Boomerang Books Account Holder - it's free to sign up and there are great benefits!)

Book Review: Room for a Stranger by Melanie Cheng - Reviewed by CloggieA (08 May 2019)

4 stars “Looking back now, Meg wished she had talked to people more – not small talk but proper conversations. Discussions about life and death and God and the universe. Instead she’s spent her entire life doing what everyone else seemed to be doing – what she and Helen had, in turn, spent years teaching Atticus to do. Talking without really saying anything.”

Room For A Stranger is the first novel by award-winning Australian author, Melanie Cheng. Homeshare had to be a win-win idea: Meg Hughes would provide a room for the young man, rent-free, and sleep better knowing there was someone in the house if another intruder tried to get in; with his father’s business in trouble in Hong Kong, Andy Chan needed cheap accommodation. All he had to do was ten hours of work for the old lady each week, so plenty of time to get on with his Biomedicine course at Uni.

Meg is pleased that Andy is quiet and polite and keeps to himself. Or is she? She has lived in this house all her life; has lost her father here; cared for her dying mother, and then her dying sister here; now it’s just her and Atticus, her thirty-year-old African Grey parrot. She has few friends: a product of her age and her introversion and sacrificing social life to care for family; and doesn’t seem to be connecting with her twenty-one-year-old boarder.

For Andy, this suburban house is so different from his family’s apartment in Hong Kong that it adds to the stress he’s already under. He is struggling with his course, anxious about his academic performance, and worried he won’t meet his parents’ expectations. He’s half besotted with a Japanese girl in his classes, filing notebooks with her face. His stomach turns at the thought of eating the food Meg prepares (after handling the parrot!!) and she doesn’t seem to notice how dirty everything is.

Against those odds, they eventually begin to know one another better, perhaps even to care a bit and take a step towards bridging the yawning cultural and generational divide. Maybe they connect enough to support each other when things start to unravel…

With her background as a general practitioner and her upbringing in Hong Kong, Cheng’s knowledge of her topic is extensive and immediately apparent. The mindset and behaviour of her Asian characters has a genuine feel, but she also nails it with her older characters and their prevailing concerns. Her setting is expertly rendered, too. Racism, ageing, friendship, loyalty, mixed-race marriages, and exam fraud, all feature in this moving and thought-provoking read. 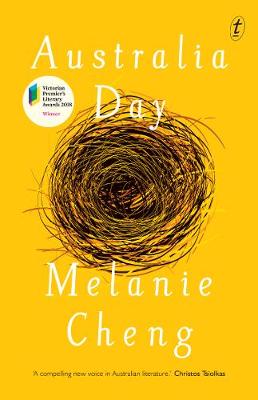