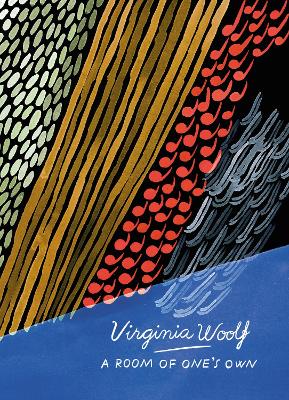 Woolf exposes the prejudices and constraints against which women writers struggled for centuries, and argues for a more equal literary establishment
'Brilliant interweaving of personal experience, imaginative musing and political clarity' Kate Mosse

This volume combines two books which were among the greatest contributions to feminist literature this century. Together they form a brilliant attack on sexual inequality. A Room of One's Own, first published in 1929, is a witty, urbane and persuasive argument against the intellectual subjection of women, particularly women writers. The sequel, Three Guineas, is a passionate polemic which draws a startling comparison between the tyrannous hypocrisy of the Victorian patriarchal system and the evils of fascism.

WITH AN INTRODUCTION BY HERMIONE LEE

» Have you read this book? We'd like to know what you think about it - write a review about Room of One's Own and Three Guineas (Vintage Classics Woolf Series) book by Virginia Woolf and you'll earn 50c in Boomerang Bucks loyalty dollars (you must be a Boomerang Books Account Holder - it's free to sign up and there are great benefits!)