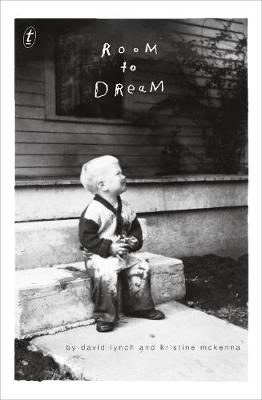 Room to Dream: A Life in Art

Description - Room to Dream: A Life in Art by David Lynch

In this memoir, David Lynch opens up about a lifetime of extraordinary creativity, the friendships he has made along the way and the struggles he has faced - sometimes successful, sometimes not - to bring his projects to fruition.

Part memoir, part biography, Room to Dream interweaves Lynch's own reflections on his life with the story of those times, as told by Kristine McKenna, drawing from extensive and explosive interviews with ninety of Lynch's friends, family members, actors, agents, musicians and collaborators. Lynch responds to each recollection and reveals the inner story of the life behind the art.

Book Reviews - Room to Dream: A Life in Art by David Lynch

» Have you read this book? We'd like to know what you think about it - write a review about Room to Dream: A Life in Art book by David Lynch and you'll earn 50c in Boomerang Bucks loyalty dollars (you must be a Boomerang Books Account Holder - it's free to sign up and there are great benefits!)

David Lynch advanced to the front ranks of international cinema in 1977 with the release of his first film, the startlingly original Eraserhead. Since then, Lynch has been nominated for two Best Director Academy Awards, for The Elephant Man and Blue Velvet; awarded the Palme d'Or, for Wild at Heart; and established himself as an artist of tremendous range and wit. Twin Peaks mania swept the world when his groundbreaking television series premiered in 1990. A new season of Twin Peaks aired in 2017. Kristine McKenna is a widely published critic and journalist who wrote for the Los Angeles Times from 1977 to 1998. Her profiles and criticism have appeared in Artforum, the New York Times, Artnews, Vanity Fair, the Washington Post and Rolling Stone.

A Preview for this title is currently not available.
More Books By David Lynch
View All