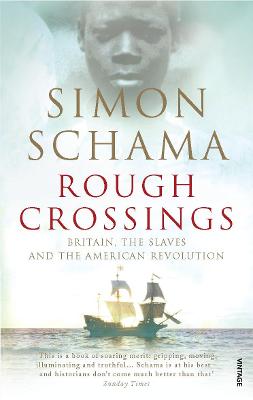 Britain, the Slaves and the American Revolution

Rough Crossings is the astonishing story of the struggle to freedom by thousands of African-American slaves who fled the plantations to fight behind British lines in the American War of Independence. With gripping, powerfully vivid story-telling, Simon Schama follows the escaped blacks into the fires of the war, and into freezing, inhospitable Nova Scotia where many who had served the Crown were betrayed in their promises to receive land at the war's end. Their fate became entwined with British abolitionists- inspirational figures such as Granville Sharp, the flute-playing father-figure of slave freedom, and John Clarkson, the 'Moses' of this great exodus, who accompanied the blacks on their final rough crossing to Africa, where they hoped that freedom would finally greet them.

» Have you read this book? We'd like to know what you think about it - write a review about Rough Crossings book by Simon Schama, CBE and you'll earn 50c in Boomerang Bucks loyalty dollars (you must be a Boomerang Books Account Holder - it's free to sign up and there are great benefits!)

Simon Schama is University Professor of Art History and History at Columbia University in New York. Since 1995 he has been art and culture critic for The New Yorker and essayist for The Guardian. His award-winning books include The Embarrassment of Riches- An Interpreatation of Dutch Culture in the Golden Age; Citizens; Rembrandt's Eyes and the History of Britain trilogy. His most recent book, SImon Schama's Power of Art, was published to critical acclaim in 2006.