Jean-Jacques Rousseau is one of the most controversial philosophers of the eighteenth century, and his groundbreaking work still provokes heated debate in contemporary political theory.
In this book, Celine Spector, one of the world's foremost experts on Rousseau's thought, provides an accessible introduction to his moral, social and political theory. She explores the themes and central concepts of his thought, ranging from the state of nature, the social contract and the general will to natural and political freedom, religion and education. She combines a skilful exposition of Rousseau as a 'man of paradoxes' with a discussion of his often-overlooked ideas on knowledge, political economy and international relations.
The book traces both the overall unity and the significant changes in Rousseau's philosophy, accounting for its complexity and for the importance of its legacy. It will be essential reading for scholars, students and general readers interested in the Enlightenment and more broadly in the history of modern political thought and philosophy.

Other Editions - Rousseau by Celine Spector 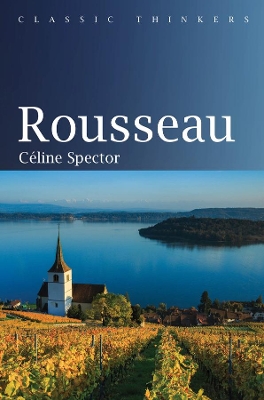 » Have you read this book? We'd like to know what you think about it - write a review about Rousseau book by Celine Spector and you'll earn 50c in Boomerang Bucks loyalty dollars (you must be a Boomerang Books Account Holder - it's free to sign up and there are great benefits!)


A Preview for this title is currently not available.
More Books By Celine Spector
View All