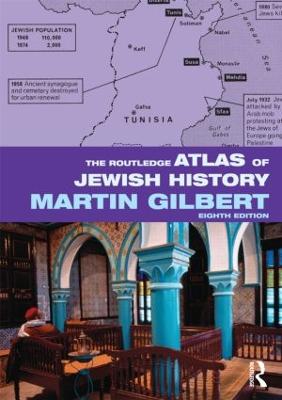 The Routledge Atlas of Jewish History

Description - The Routledge Atlas of Jewish History by Martin Gilbert

'An unusual and compelling insight into Jewish history...sheer detail and breadth of scale' BBC History Magazine This newly revised and updated edition of Martin Gilbert's Atlas of Jewish History spans over four thousand years of history in 154 maps, presenting a vivid picture of a fascinating people and the trials and tribulations which have haunted their story. The themes covered include: Prejudice and Violence- from the destruction of Jewish independence between 722 and 586 BC to the flight from German persecution in the 1930s. Also covers the incidence of anti-semitic attacks in the Americas and Europe. Migrations and Movements- from the entry into the promised land to Jewish migration in the twenty- first century, including new maps on recent emigration to Israel from Europe and worldwide. Society, Trade and Culture- from Jewish trade routes between 800 and 900 to the situation of world Jewry in the opening years of the twenty- first century. Politics, Government and War- from the Court Jews of the fifteenth century to the founding and growth of the modern State of Israel.
This new edition is also updated to include maps showing Jewish museums in the United States and Canada, and Europe, as well as American conservation efforts abroad. Other topics covered in this revised edition include Jewish educational outreach projects in various parts of the world, and Jews living under Muslim rule. Forty years on from its first publication, this book is still an indispensible guide to Jewish history.

Other Editions - The Routledge Atlas of Jewish History by Martin Gilbert 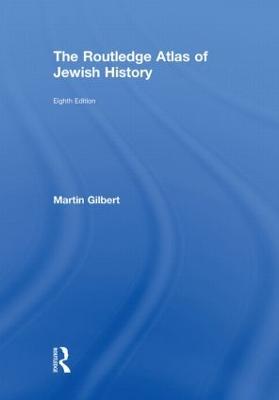 » Have you read this book? We'd like to know what you think about it - write a review about Routledge Atlas of Jewish History book by Martin Gilbert and you'll earn 50c in Boomerang Bucks loyalty dollars (you must be a Boomerang Books Account Holder - it's free to sign up and there are great benefits!)

Sir Martin Gilbert is one of the leading historians of the modern world. An Honorary Fellow of Merton College, Oxford - of which he was a Fellow for thirty years - he is the official biographer of Churchill and the author of eighty-two books, among them Churchill - A Life, Churchill and the Jews, Kristallnacht: Prelude to Destruction, The Righteous: The Unsung Heroes of the Holocaust, and Never Again: A History of the Holocaust. For more information please visit www.martingilbert.com