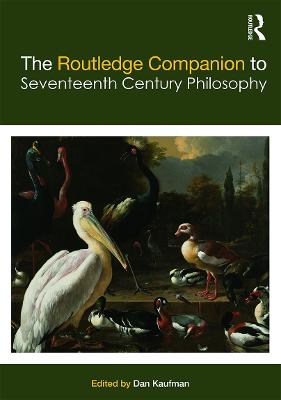 The Seventeenth century is one of the most important periods in the history of Western philosophy, witnessing philosophical, scientific, religious and social change on a massive scale. In spite of this, there are remarkably few comprehensive, single volume surveys of the period as a whole. The Routledge Companion to Seventeenth Century Philosophy is an outstanding and comprehensive survey of this momentous period, covering the major thinkers, topics and movements in Seventeenth century philosophy. It is divided into seven parts: Historical Context Metaphysics Epistemology Mind and Language Moral and Political Philosophy Natural Philosophy and Mathematics Philosophical Theology. An outstanding team of international contributors provide students and scholars of philosophy and related disciplines with a superb guide to Seventeenth century philosophy. Additional features include annotated further reading at the end of each chapter and biographical entries on the most important philosophers. 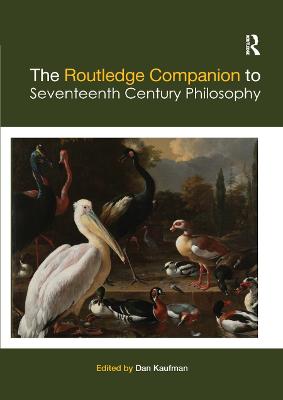 » Have you read this book? We'd like to know what you think about it - write a review about Routledge Companion to Seventeenth Century Philosophy book by Dan Kaufman and you'll earn 50c in Boomerang Bucks loyalty dollars (you must be a Boomerang Books Account Holder - it's free to sign up and there are great benefits!)

Dan Kaufman is Associate Professor of Philosophy at the University of Colorado, Boulder, USA. He has published extensively on issues in seventeenth century philosophy, especially on modality, substance, individuation, and identity.

A Preview for this title is currently not available.
More Books By Dan Kaufman
View All