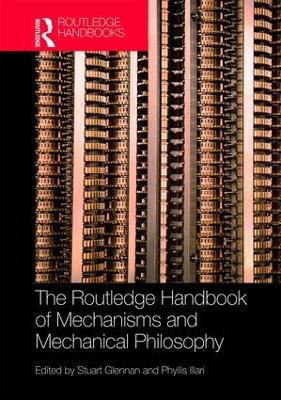 The Routledge Handbook of Mechanisms and Mechanical Philosophy

Scientists studying the burning of stars, the evolution of species, DNA, the brain, the economy, and social change, all frequently describe their work as searching for mechanisms. Despite this fact, for much of the twentieth century philosophical discussions of the nature of mechanisms remained outside philosophy of science.

The Routledge Handbook of Mechanisms and Mechanical Philosophy is an outstanding reference source to the key topics, problems, and debates in this exciting subject and is the first collection of its kind. Comprising over thirty chapters by a team of international contributors, the Handbook is divided into four Parts:

Within these Parts central topics and problems are examined, including the rise of mechanical philosophy in the seventeenth century; what mechanisms are made of and how they are organized; mechanisms and laws and regularities; how mechanisms are discovered and explained; dynamical systems theory; and disciplinary perspectives from physics, chemistry, biology, biomedicine, ecology, neuroscience, and the social sciences.

Essential reading for students and researchers in philosophy of science, the Handbook will also be of interest to those in related fields, such as metaphysics, philosophy of psychology, and history of science.

» Have you read this book? We'd like to know what you think about it - write a review about Routledge Handbook of Mechanisms and Mechanical Philosophy book by Stuart Glennan and you'll earn 50c in Boomerang Bucks loyalty dollars (you must be a Boomerang Books Account Holder - it's free to sign up and there are great benefits!)

Stuart Glennan is the Harry T. Ice Professor of Philosophy and Associate Dean of the College of Liberal Arts and Sciences at Butler University, USA. Phyllis Illari is Senior Lecturer in Philosophy of Science in the Science and Technology Studies Department at University College London, UK.

A Preview for this title is currently not available.
More Books By Stuart Glennan
View All