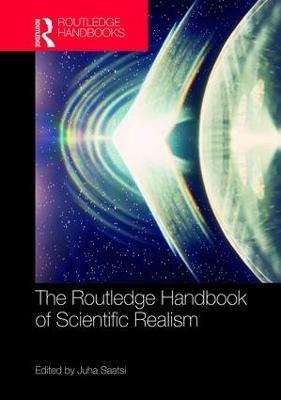 The Routledge Handbook of Scientific Realism

Description - The Routledge Handbook of Scientific Realism by Juha Saatsi

Scientific realism is a central, long-standing, and hotly debated topic in philosophy of science. Debates about scientific realism concern the very nature and extent of scientific knowledge and progress. Scientific realists defend a positive epistemic attitude towards our best theories and models regarding how they represent the world that is unobservable to our naked senses. Various realist theses are under sceptical fire from scientific antirealists, e.g. empiricists and instrumentalists. The different dimensions of the ensuing debate centrally connect to numerous other topics in philosophy of science and beyond.

The Routledge Handbook of Scientific Realism is an outstanding reference source - the first collection of its kind - to the key issues, positions, and arguments in this important topic. Its thirty-four chapters, written by a team of international experts, are divided into five parts:

In these sections, the core issues and debates presented, analysed, and set into broader historical and disciplinary contexts. The central issues covered include motivations and arguments for realism; challenges to realism from underdetermination and history of science; different variants of realism; the connection of realism to relativism and perspectivism; and the relationship between realism, metaphysics, and epistemology.

The Routledge Handbook of Scientific Realism is essential reading for students and researchers in philosophy of science. It will also be very useful for anyone interested in the nature and extent of scientific knowledge.

» Have you read this book? We'd like to know what you think about it - write a review about Routledge Handbook of Scientific Realism book by Juha Saatsi and you'll earn 50c in Boomerang Bucks loyalty dollars (you must be a Boomerang Books Account Holder - it's free to sign up and there are great benefits!)

Juha Saatsi is Associate Professor of Philosophy at the School of Philosophy, Religion and History of Science, University of Leeds, UK.

A Preview for this title is currently not available.
More Books By Juha Saatsi
View All