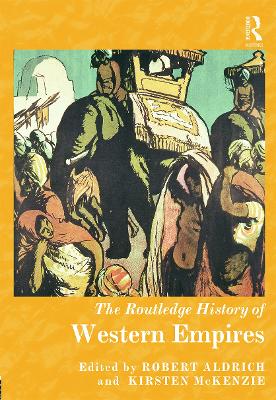 The Routledge History of Western Empires

Description - The Routledge History of Western Empires by Robert Aldrich

Studies by both well-known historians and new scholars offer fresh, accessible perspectives on a multitude of themes ranging from colonialism in the Arctic to the scramble for the coral sea, from attitudes to the environment in the East Indies to plans for colonial settlement in Australasia. Chapters examine colonial attitudes towards poisonous animals and the history of colonial medicine, evangelisaton in Africa and Oceania, colonial recreation in the tropics and the tragedy of the slave trade.

The Routledge History of Western Empires ranges over five centuries and crosses continents and oceans highlighting transnational and cross-cultural links in the imperial world and underscoring connections between colonial history and world history. Through lively and engaging case studies, contributors not only weigh in on historiographical debates on themes such as human rights, religion and empire, and the 'taproots' of imperialism, but also illustrate the various approaches to the writing of colonial history. A vital contribution to the field.

Other Editions - The Routledge History of Western Empires by Robert Aldrich 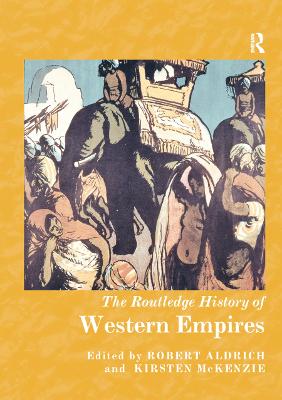 » Have you read this book? We'd like to know what you think about it - write a review about Routledge History of Western Empires book by Robert Aldrich and you'll earn 50c in Boomerang Bucks loyalty dollars (you must be a Boomerang Books Account Holder - it's free to sign up and there are great benefits!)

Robert Aldrich is Professor of European History at the University of Sydney. He is the author of Vestiges of the Colonial Empire in France: Museums, Monuments and Colonial Memories (2005) and Gay Life Stories (2012) and editor of The Age of Empires (2007). Kirsten Mckenzie is Associate Professor of History at the University of Sydney. She is the author of Scandal in the Colonies: Sydney and Cape Town, 1820 - 1850 (2004) and A Swindler's Progress: Nobles and Convicts in the Age of Liberty (2009).