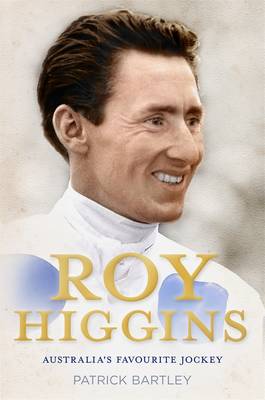 Everyone loved Roy Higgins. A warm and genuine character with a great sense of humour, the boy from the bush was known as 'The Professor' for his freakish ability to read the track and his easy eloquence.

Higgins' racing record was extraordinary. He rode Bart Cummings' first Melbourne Cup winner, Light Fingers, in 1965, and was one of a handful of jockeys to win the grand slam of racing- the Golden Slipper, Cox Plate, Caulfield Cup and Melbourne Cup. Over his 30-year career, Higgins clocked up 2312 wins, including 108 Group 1 races. All this, despite a never-ending battle with his weight.

Roy Higgins died in March 2014, aged 75. His televised funeral took place in the mounting yard at Flemington, a fitting tribute to the humble man who had a profound effect on horseracing for more than five decades as jockey, commentator and teacher.

This is a celebration of a great Australian, with racing royalty, friends and family sharing their stories and memories of Roy Higgins, the gentle trailblazer who touched their lives.

'Roy has been an inspiration, an icon and a legend. His legacy will live on forever.' Damien Oliver

» Have you read this book? We'd like to know what you think about it - write a review about Roy Higgins: Australia's Favourite Jockey book by Patrick Bartley and you'll earn 50c in Boomerang Bucks loyalty dollars (you must be a Boomerang Books Account Holder - it's free to sign up and there are great benefits!)

Patrick Bartley is the chief racing writer at The Age. In 2013 he won his second Bert Wolfe Award, the Victoria Racing Media Association (VRMA) award for Media Excellence in Victoria. Leading up to that award, Patrick had won three consecutive VRMA awards for Best News Story. His investigative reports into Tony Mokbel's racing interests in 2007, with John Silvester, were recognised by many as highly influential pieces. On the Punt, a collection of Patrick's columns, was published by Penguin in 2010.

A Preview for this title is currently not available.
More Books By Patrick Bartley
View All