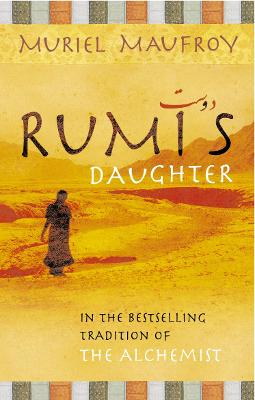 Now available in paperback, this charming, well written novel is about the poet Rumi's daughter, in the bestselling tradition of THE ALCHEMIST.

Rumi is now acknowledged as one of the great mystical poets of the Western world, with huge sales of the many collections of his poetry. Not much is known about his life except that he lived in thirteenth-century Anatolia (now Turkey), had a great spiritual friendship with a wild man called Shams, brought an adopted daughter into his family, and was distraught when Shams finally disappeared. RUMI'S DAUGHTER is the delightful novel about Kimya, the girl who was sent from her rural village to live in Rumi's home. She already had mystical tendencies, and learned a great deal under Rumi's tutelage. Eventually she married Shams, an unusual husband, almost totally absorbed by his longings for God. Their marriage was fiery and different and, in the end, dissolved by Kimya's death - after which Shams vanished. RUMI'S DAUGHTER tells Kimya's story with great charm and tenderness. Well written and thought-provoking, it is sure to draw comparison with Paolho Coelho's THE ALCHEMIST, and also to add something fresh and new to what is so far known about Rumi. 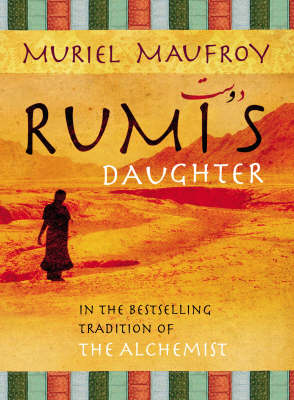 » Have you read this book? We'd like to know what you think about it - write a review about Rumi's Daughter book by Muriel Maufroy and you'll earn 50c in Boomerang Bucks loyalty dollars (you must be a Boomerang Books Account Holder - it's free to sign up and there are great benefits!)

Born and raised in France, Muriel Maufroy worked as a journalist for the BBC World Service for many years. She has a BA in Persian with First Class Honours from the School of Oriental and African Studies, and has published a book of Rumi's quotations called Breathing Truth. She lives in London.

A Preview for this title is currently not available.
More Books By Muriel Maufroy
View All