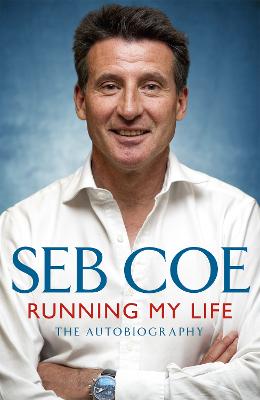 Running My Life - The Autobiography

Description - Running My Life - The Autobiography by Seb Coe

One second in time may separate the great athlete from the merely good. Seb Coe has made every second count. From an early age he has been driven to be the best at everything he does. Since the moment Coe stood alongside a 'scrubby' municipal running track in Sheffield, he knew that sport could change his life. It did. Breaking an incredible twelve world records and three of them in just forty-one days, Seb became the only athlete to take gold at 1500 metres in two successive Olympic Games (Moscow 1980 and Los Angeles 1984). The same passion galvanised Coe in 2005, when he led Britain's bid to bring the Olympic and Paralympic Games to London. He knew that if we won it would regenerate an East London landscape and change the lives of thousands of young people. It has.Born in Hammersmith and coached by his engineer father, Coe went from a secondary modern school and Loughborough University to become the fastest middle-distance runner of his generation. His rivalry with Steve Ovett gripped a nation and made Britain feel successful at a time of widespread social discontent. From sport Coe transferred his ideals to politics, serving in John Major's Conservative government from 1992 to 1997 and developing 'sharp elbows' to become chief of staff to William Hague, leader of the Party from 1997 to 2001 and finally a member of the House of Lords.Running My Life is in turns exhilarating, inspiring, amusing, and extremely moving. Everyone knows where Sebastian Coe ended up. Few people realise how he got there. This is his personal journey.

Other Editions - Running My Life - The Autobiography by Seb Coe 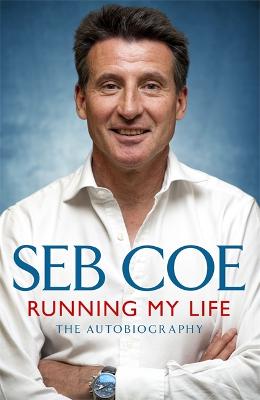 Book Reviews - Running My Life - The Autobiography by Seb Coe

» Have you read this book? We'd like to know what you think about it - write a review about Running My Life - The Autobiography book by Seb Coe and you'll earn 50c in Boomerang Bucks loyalty dollars (you must be a Boomerang Books Account Holder - it's free to sign up and there are great benefits!)

Sebastian Coe was born in London in 1956 and grew up in Sheffield. As a world record-breaking middle-distance runner, Seb won four Olympic medals, including the 1500 metres gold medal at the Olympic Games in Moscow 1980 and Los Angeles in 1984. He was a Member of Parliament for the Conservative Party from 1992-97 and later, Chief of Staff to William Hague. He was created a life peer in 2000 and was appointed a Knight Commander of the Order of the British Empire for services to sport in 2006. Seb headed the Organising Committee for the London 2012 Games.

A Preview for this title is currently not available.
More Books By Seb Coe
View All