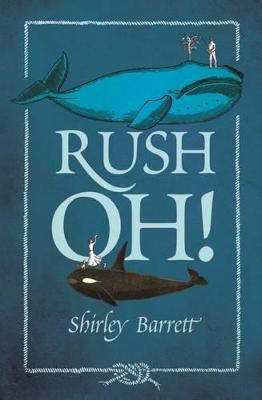 The captivating debut novel from the winner of the Camera D'Or

"Hugely funny and peopled with a cast of characters I came to treasure like my own friends, Rush Oh! reminded me why I love reading." Hannah Kent, bestselling author of Burial Rites

When Mary Davidson, the eldest daughter of a whaling family in Eden, New South Wales, sets out to chronicle the particularly difficult season of 1908, the story she tells is poignant and hilarious, filled with drama and misadventure.

It's a season marked not only by the sparsity of whales and the vagaries of weather, but also by the arrival of John Beck, an itinerant whale man with a murky past, on whom Mary promptly develops an all-consuming crush. But hers is not the only romance to blossom amidst the blubber...

Swinging from Mary's hopes and disappointments, both domestic and romantic, to the challenges that beset their tiny whaling operation, Rush Oh! is a celebration of an extraordinary episode in Australian history, when a family of whalers formed a fond, unique allegiance with a pod of frisky Killer whales - and in particular, a Killer whale named Tom.

"It is Mary who you will miss like a sister ... when the final page is turned." The Australian 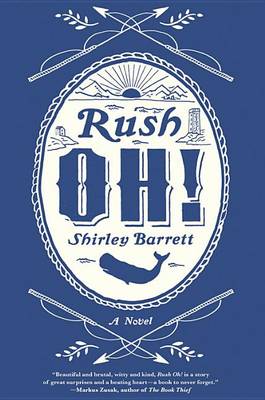 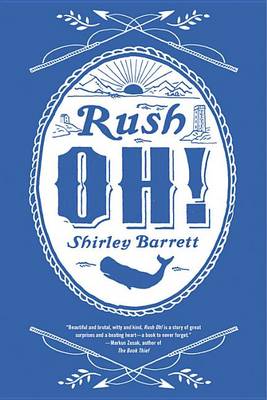 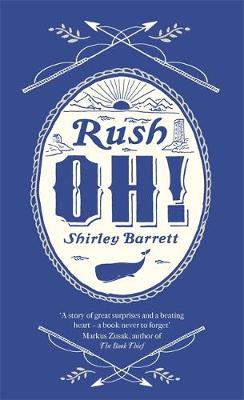 » Have you read this book? We'd like to know what you think about it - write a review about Rush Oh! book by Shirley Barrett and you'll earn 50c in Boomerang Bucks loyalty dollars (you must be a Boomerang Books Account Holder - it's free to sign up and there are great benefits!)

Rush Oh! is the first novel by Australian screenwriter, director and author, Shirley Barrett. it is based on the life of Eden whaler, George “Fearless” Davidson, although Barrett freely admits to taking liberties with known facts. Narrated by his nineteen-year-old daughter, Mary, it tells of the events of the 1908 whaling season in Twofold Bay, giving the reader a fairly comprehensive taste of the life of a whaler in the early twentieth century.

As the eldest daughter of the widower, Mary is charged with taking care of her father, her Uncle Aleck and her five siblings, including the rather wilful sixteen-year-old Louisa, as well as providing meals for his whaling crew of five white men and five aboriginals. But as a young woman, Mary can’t help her own natural inclinations and her attraction to a newly arrived crew member, an ex-Methodist-minister, John Beck. But perhaps John is not quite all he seems.

As Mary deals with the challenges posed by a poor whaling season, Louisa’s mercurial moods and her hopes for her own future, she finds herself in the unenviable position of possibly having done irredeemable damage to her family's only means of support.

That Barrett has done extensive research is apparent on every page, as the reader learns a multitude of interesting facts about the whaling industry, about the behaviour of whales and killer whales, and the relationship between the indigenous people and killer whales.

Barrett uses some marvellous descriptive prose: “My brother raised his harpoon with trembling hands. The notion of plunging such an implement into this mountain of a whale suddenly seemed ludicrous, like sticking a hatpin into an elephant….. he tossed his harpoon, but in his panicked state, it fell short and landed in the water with a dispiriting slap.” Some of Mary’s artwork is delightfully rendered by Matt Canning’s illustrations.

As well as conveying the brutality and desperation that whaling entails, Barrett manages to include plenty of humour (the trip to Boyd Tower by the family, horse, cow and two dogs, one of which sits on the lovingly-made Madeira cake when the whole troupe is menaced by a broody magpie, being just one example), heartache (the loss of a brother, the estrangements within the family) and hope (Mary's longstanding faith in John Beck, and in her reunion with her sister).

While the bulk of the narrative comprises Mary’s memories of 1908, the story is told from the more distant perspective of the now middle-aged Mary, living with her married sister in Ryde, and the penultimate chapter touches on the aftermath of that dramatic year, providing some resolution of questions unanswered. From something that started out as a screenplay, Barrett has created a marvellous debut novel. 4.5 stars