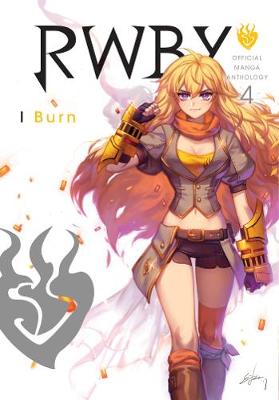 The world of Remnant is filled with horrific monsters bent on the destruction of humanity. Fortunately, the kingdoms of the world have risen to combat these forces by training powerful Huntsmen and Huntresses at academies around the planet. Ruby Rose, Weiss Schnee, Blake Belladonna and Yang Xiao Long are four such Huntresses in training.

These stories, ranging from silly to serious, all star Yang, Ruby's fiercly loyal big sister with a stern but sensitive personality and tough-as-nails battle skills (with attitude to match)! From a team of exciting new manga artists comes the fourth volume in a series of short story collections showcasing Ruby, Weiss, Blake and Yang!

» Have you read this book? We'd like to know what you think about it - write a review about RWBY: Official Manga Anthology, Vol. 4: I Burn book by Rooster Teeth Productions and you'll earn 50c in Boomerang Bucks loyalty dollars (you must be a Boomerang Books Account Holder - it's free to sign up and there are great benefits!)