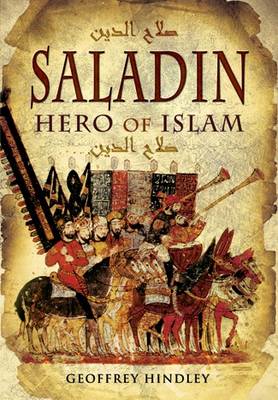 The extraordinary character and career of Saladin are the keys to understanding the Battle of Hattin, the fall of Jerusalem and the failure of the Third Crusade. He united warring Muslim lands, reconquered the bulk of Crusader states and faced the Richard the Lion Heart, king of England, in one of the most famous confrontations in medieval warfare. Geoffrey Hindley's sympathetic and highly readable study of the life and times of this remarkable, many-sided man, who dominated the Middle East in his day, gives a fascinating insight into his achievements and into the Muslim world of his contemporaries. AUTHOR: Geoffrey Hindley is a distinguished medieval historian who has written widely on many aspects of the period. He has made a special study of medieval warfare and of sieges in particular. His previous books include Castles of Europe, Medieval Warfare, England in the Age of Caxton, Under Siege, Tourists, Travellers and Pilgrims, The Book of Magna Carta and The Crusades. His most recent publications are A Brief History of the Anglo-Saxons and Medieval Siege and Siegecraft. SELLING POINTS: Enthralling biography of the famous Muslim leader of the Middle Ages Sets Saladin's life and achievements in the context of his times Vivid accounts of the Battle of Hattin and the fall of Jerusalem Keen insight into the politics and warfare of the Crusades Reconsiders Saladin's historical reputation ILLUSTRATIONS 20 illustrations

Other Editions - Saladin by Geoffrey Hindley 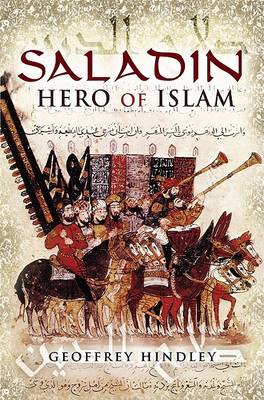 » Have you read this book? We'd like to know what you think about it - write a review about Saladin book by Geoffrey Hindley and you'll earn 50c in Boomerang Bucks loyalty dollars (you must be a Boomerang Books Account Holder - it's free to sign up and there are great benefits!)