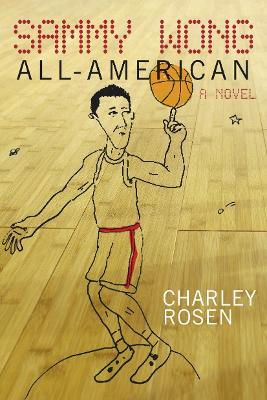 "Sammy Wong, All-American tells the tale of a very talented Asian basketball player's rise and stumble in the all-American sport of basketball--among the most international of team sports, yet one where until very recently Asians were completely unrepresented. The novel unwinds in spectacular fashion. On his high school, college, and professional teams, Sammy isn't given much of a chance. Then when he does get into games, he turns out to be the kind of player who can turn a losing team into a winning one. Wong's career turns on chance opportunities and unexpected twists as much as on talent, persistence and hard work. There are great scenes describing pivotal plays on the hardwood floor as only Charley Rosen can. Like all Rosen's novels, this is about more than basketball. Sammy Wong, All-American is a book about identity in multi-ethnic American culture and the cost of innocence in the modern world. Sammy Wong, All-American will delight basketball fans and fiction readers alike, a sports novel that delivers on multiple levels."

» Have you read this book? We'd like to know what you think about it - write a review about Sammy Wong, All-american book by Charley Rosen and you'll earn 50c in Boomerang Bucks loyalty dollars (you must be a Boomerang Books Account Holder - it's free to sign up and there are great benefits!)

Arguably America's leading writer of fiction and nonfiction on the subject of basketball, CHARLEY ROSEN was a three-time MVP and holder of several scoring and rebounding records as a starter on the Hunter College team and, later, a storied Continental Basketball Association coach. Rosen led the league in technical fouls in each of his six seasons as a head coach in the CBA. Rosen holds a Master's in Medieval Literature from Hofstra. His many novels include The House of Moses All-Stars, a New York Times Notable Book, and Barney Polan's Game, both from Seven Stories; his many nonfiction books include The Wizard of Odds- How Jack Molinas Almost Destroyed the Game of Basketball and The Scandals of '51- How the Gamblers Almost Killed College Basketball, both from Seven Stories. An analyst for hoopshype.com, Rosen is the New York Times bestselling co-author, with Phil Jackson, of More Than a Game from Seven Stories. He lives with his wife, Daia Gerson, in Accord, in upstate New York.