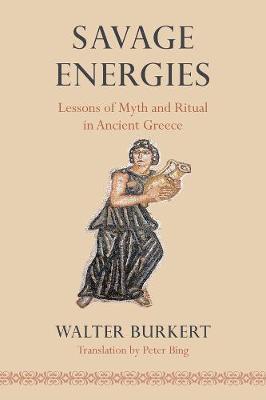 Lessons of Myth and Ritual in Ancient Greece

We often think of classical Greek society as a model of rationality and order. Yet as Walter Burkert demonstrates in these influential essays on the history of Greek religion, there were archaic, savage forces surging beneath the outwardly calm face of classical Greece, whose potentially violent and destructive energies, Burkert argues, were harnessed to constructive ends through the interlinked uses of myth and ritual.

For example, in a much-cited essay on the Athenian religious festival of the Arrephoria, Burkert uncovers deep connections between this strange nocturnal ritual, in which two virgin girls carried sacred offerings into a cave and later returned with something given to them there, and tribal puberty initiations by linking the festival with the myth of the daughters of Kekrops. Other chapters explore the origins of tragedy in blood sacrifice; the role of myth in the ritual of the new fire on Lemnos; the ties between violence, the Athenian courts, and the annual purification of the divine image; and how failed political propaganda entered the realm of myth at the time of the Persian Wars. 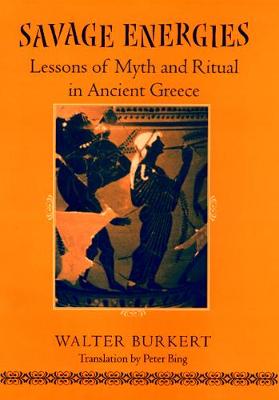 » Have you read this book? We'd like to know what you think about it - write a review about Savage Energies book by Walter Burkert and you'll earn 50c in Boomerang Bucks loyalty dollars (you must be a Boomerang Books Account Holder - it's free to sign up and there are great benefits!)

Walter Burkert is emeritus professor of classics at the University of Zurich. He is the author of a number of books, most recently The Orientalizing Revolution: Near Eastern Influence on Greek Culture in the Early Archaic Age and Creation of the Sacred: Tracks of Biology in Early Religions. Peter Bing is the Samuel Candler Dobbs Professor of Classics at Emory University.

A Preview for this title is currently not available.
More Books By Walter Burkert
View All