Prickly. Stubborn. Terribly lonely.
But everyone deserves a second chance...

A dazzling debut for 2020 - are you ready to meet Missy Carmichael?

Grieving for a family she has lost or lost touch with, she's haunted by the echoes of her footsteps in her empty home; the sound of the radio in the dark; the tick-tick-tick of the watching clock.

Spiky and defensive, Missy knows that her loneliness is all her own fault. She deserves no more than this; not after what she's done. But a chance encounter in the park with two very different women opens the door to something new.

Another life beckons for Missy, if only she can be brave enough to grasp the opportunity. But seventy-nine is too late for a second chance. Isn't it?

'Bittersweet, tender, thoughtful and uplifting ... I loved it' Nina Stibbe 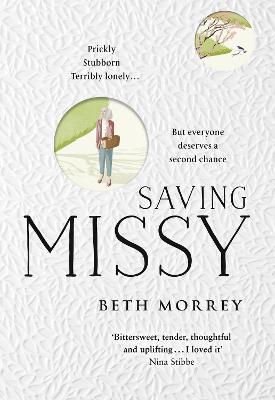 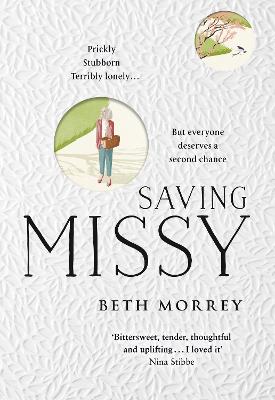 » Have you read this book? We'd like to know what you think about it - write a review about Saving Missy book by Beth Morrey and you'll earn 50c in Boomerang Bucks loyalty dollars (you must be a Boomerang Books Account Holder - it's free to sign up and there are great benefits!)

5 stars “Surveying the boxes, chests and trunks - the leftovers of lost lives: Fa-Fa, Jette, my mother and father, Leo, even Alistair and Mel, since they’d begun new lives elsewhere – I fancied I could hear the echo of them all in their things.”

Saving Missy is the first novel by British author, Bath Morrey. Now that dear her son Alistair and her sweet little grandson Arthur have returned to Australia after their Christmas visit, Missy can admit to herself that she is desperately lonely. Their big house is so empty without Leo, and her daughter Melanie, teaching in Cambridge, no longer visits London after the row they had. But Millicent Carmichael is also a reserved English lady who does not display her feelings in public.

When she spots young Otis in the park one day, that ache for her grandson intensifies. His redhead mother is obviously a terrible woman, loud, and unpleasant. Casually waiting for another glimpse of Otis, Missy meets interior designer Sylvie Riche and is invited for coffee along with Irish Angela and Otis. But do these people really want her company?

It turns out that Angela needs someone to watch Otis when journalistic deadlines loom, and Missy decides she can put up with strong opinions peppered with expletives, imparted through a haze of smoke and alcohol, if it means a dose of little boy. But even more urgently required is a place for Bob, a dog whose family can’t keep her just now. Missy is quite sure she does not want a dog.

A change of heart, though, sees Missy meeting dog walkers and, almost unintentionally, allowing Angela, Otis and Sylvie into her house, her attic and, eventually, her life. Inside, the house is more than “minimalist” bare: Missy has relegated clutter and anything deemed unnecessary to the attic.

Triggered by exchanges with her new acquaintances, and items brought forth out of the attic, memories from Missy’s childhood, her first encounter with Leonard Carmichael, and significant incidents during their almost six decades of marriage, emerge. Thus the reader learns how Missy Carmichael arrived at this point in her life. Gradually revealed, too, are Missy’s secrets, her regrets and those things about which she feels most guilty.

When Missy has unbent enough to accept the help and love and care on offer, it turns out she herself has more to offer than she ever dreamed. Missy discovers that, even in her eighty-first year, she can give comfort and support and knowledge to those who need it, something quite different from the role of a wife and mother that precluded any possible career her splendid degree might have offered.

Morrey gives the reader a beautiful story with some predictable moments and a few surprises. Her depictions of London and Cambridge are evocative, and her characters feel like people you meet in real life. She gives lots of them wise words and Missy’s observation on the memory stick: “You just plugged it in, apparently. If only memories were that easy to access, and contain” is bound to resonate with readers of a certain vintage. There are plenty of wry observations and more than a few laugh-out-loud scenes. This debut novel is a wonderfully uplifting read. This unbiased review is from an uncorrected proof copy provided by NetGalley and Better Reading Preview and Harper Collins Australia