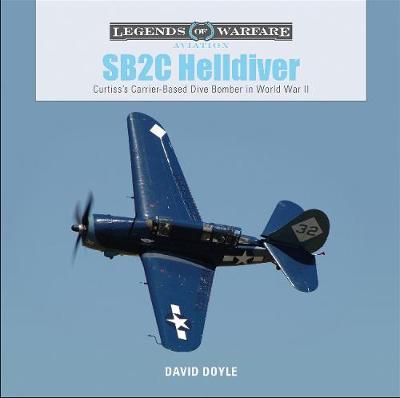 While initally labeled as a troublesome aircraft, the Curtiss SB2C Helldiver went on to be noted for striking more Japanese targets than any other US Navy dive bomber. Despite this, the Helldiver was to be the last of a long line of US Navy dive bombers. The development, production, and combat use of the many variations of the Helldiver are examined, including experimental variants that did not progress beyond the prototype stage. Profusely illustrated with war-era photographs, both black-and-white and colour, which are augmented with beautiful colour photos of the only remaining flyable example, this book provides the reader with a concise yet thorough study of this legendary aircraft. Part of the Legends of Warfare series. AUTHOR: The maritime books by David Doyle, author of more than 100 books, are noted for their thorough coverage of historic vessels and his celebrated ability to locate scarce vintage imagery. 139 colour and b/w photographs

» Have you read this book? We'd like to know what you think about it - write a review about SB2C Helldiver: Curtiss's Carrier-Based Dive Bomber in World War II book by David Doyle and you'll earn 50c in Boomerang Bucks loyalty dollars (you must be a Boomerang Books Account Holder - it's free to sign up and there are great benefits!)