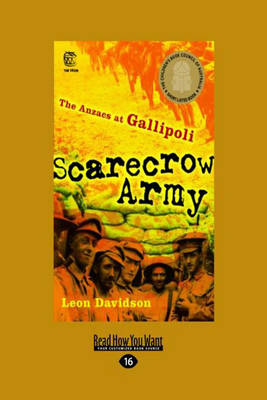 On 25 April 1915, thousands of Australians and New Zealanders landed at an unnamed cove on the Gallipoli Peninsula. They had come to fight the Turks. They thought the battle would be over in three days. Months later they were still in the trenches they'd dug at the landing. Anzac Cove became a graveyard where bodies lay above the ground and the living slept under it. They had gone looking for the adventure of a lifetime. 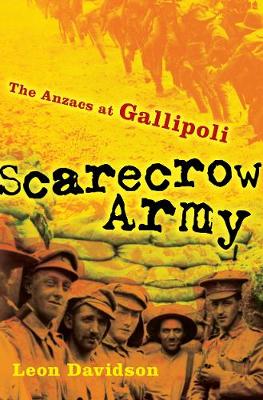 » Have you read this book? We'd like to know what you think about it - write a review about Scarecrow Army book by Leon Davidson and you'll earn 50c in Boomerang Bucks loyalty dollars (you must be a Boomerang Books Account Holder - it's free to sign up and there are great benefits!)


A Preview for this title is currently not available.
More Books By Leon Davidson
View All