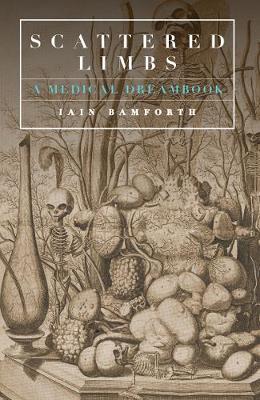 Scattered Limbs is a collection of anecdotes, observations and opinions which restores a mythological dimension to the most obvious and yet enigmatic of subjects, the human body. In contrast to the utopian fuzziness offered by the WHO's definition of health - 'health is a state of complete physical, mental and social well-being and not merely the absence of disease or infirmity' - Scattered Limbs gets down and dirty and hunts intellectual minotaurs all the way back to their obscure lairs and labyrinths in pre-Homeric Greece. Written over twenty years, its entries range from aphorisms to anecdotes, which in their strangeness and baroque memorability, sometimes resemble Borges' tales of imaginary beings - though the 'imaginary' beings here are often remarkable patients. The book moves between topics as diverse as Lao Tzu, Goya and his doctor, Rabelais and Rousseau, Plato's perfect human, the nocebo effect (dark twin of the placebo effect), aromatherapy, mosquitos, the TV series House, Franz Rosenzweig, Vincent van Gogh's painting of an onion, Prussian ideas of 'fitness', the Book of Job, depression as a media-disseminated 'folk illness' of the industrialised West, the Beatles' contribution to the invention of the CT scan, The Magic Mountain, Freud's nephew and PR guru Edward Bernays, and not least the idea of professionalism, including a provocative disquisition: 'What is a good doctor?'. AUTHOR: Iain Bamforth is a former hospital doctor, a general practitioner, a poet, a writer, translator, a lecturer in comparative literature, and a public health consultant.

» Have you read this book? We'd like to know what you think about it - write a review about Scattered Limbs: A Medical Dreambook book by Iain Bamforth and you'll earn 50c in Boomerang Bucks loyalty dollars (you must be a Boomerang Books Account Holder - it's free to sign up and there are great benefits!)


A Preview for this title is currently not available.
More Books By Iain Bamforth
View All