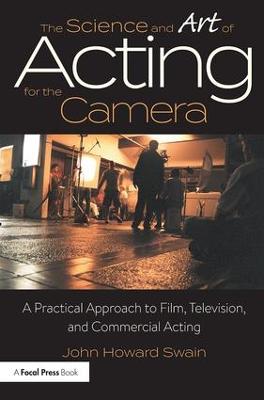 The Science and Art of Acting for the Camera

A Practical Approach to Film, Television, and Commercial Acting

The Science and Art of Acting for the Camera provides a precise yet practical approach to help unlock the mysteries of acting for film and television. Written by veteran actor, producer, and director John Howard Swain, the book offers a clear-cut, no-nonsense technique that equips aspiring or working actors with the necessary skills to succeed on camera. The technique teaches you how to build multi-dimensional characters; construct truthful and exciting relationships; ignite stimulating emotions; craft a series of discoveries guaranteed to energize your work; and much, much more. The book also provides instruction for actors working in commercials-from slating, to the dreaded "tell us about yourself" interview, to nailing "the tag" and embracing the cliche-and supplies sample commercial copy for students to practice.

Buy The Science and Art of Acting for the Camera by John Howard Swain from Australia's Online Independent Bookstore, Boomerang Books. 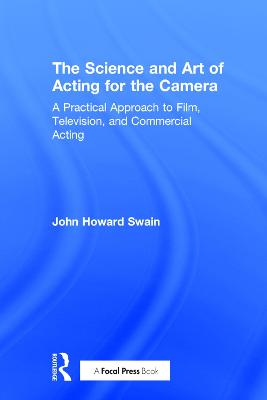 » Have you read this book? We'd like to know what you think about it - write a review about Science and Art of Acting for the Camera book by John Howard Swain and you'll earn 50c in Boomerang Bucks loyalty dollars (you must be a Boomerang Books Account Holder - it's free to sign up and there are great benefits!)

John Howard Swain has coached a myriad of clients ranging from first-time performers to Emmy Award-winning actors, Supreme Court Justices, and Fortune 500 executives. In addition to his New York stage credits he has also guest-starred in dozens of television's most iconic shows, including such classics as Hill Street Blues to Law & Order: SVU. As a director he has staged over twenty plays, including such hits as That Championship Season, Veronica's Room, and The Owl and the Pussycat. He has also directed four films: Whose Life, Uncommon, Stand-by, and the multi-award winning short, A Younger Man. Students from his program continue to work across the globe, and can be seen starring on Broadway, in television, and on film.

A Preview for this title is currently not available.
More Books By John Howard Swain
View All