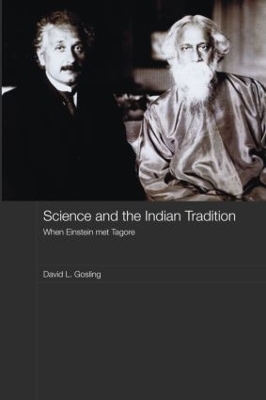 Science and the Indian Tradition

Description - Science and the Indian Tradition by David L. Gosling

This new text is a detailed study of an important process in modern Indian history. During the late nineteenth and early twentieth century, India experienced an intellectual renaissance, which owed as much to the influx of new ideas from the West as to traditional religious and cultural insights.

Gosling examines the effects of the introduction of Western science into India, and the relationship between Indian traditions of thought and secular Western scientific doctrine. He charts the early development of science in India, its role in the secularization of Indian society, and the subsequent reassertion, adaptation and rejection of traditional modes of thought. The beliefs of key Indian scientists, including Jagadish Chandra Bose, P.C. Roy and S.N. Bose are explored and the book goes on to reflect upon how individual scientists could still accept particular religious beliefs such as reincarnation, cosmology, miracles and prayer.

Science and the Indian Tradition gives an in-depth assessment of results of the introduction of Western science into India, and will be of interest to scholars of Indian history and those interested in the interaction between Western and Indian traditions of intellectual thought.

Other Editions - Science and the Indian Tradition by David L. Gosling 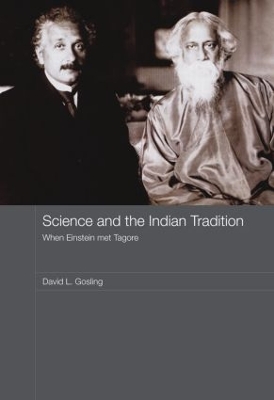 » Have you read this book? We'd like to know what you think about it - write a review about Science and the Indian Tradition book by David L. Gosling and you'll earn 50c in Boomerang Bucks loyalty dollars (you must be a Boomerang Books Account Holder - it's free to sign up and there are great benefits!)

Dr David L. Gosling is the principal of Edwardes College, Peshawar University, Pakistan, and also teaches ecology in the University of Cambridge, where he was the first Spalding Fellow at Clare Hall. He has been the Director of Church and Society of the World Council of Churches, and is the author of Religion and Ecology in India and Southeast Asia.

A Preview for this title is currently not available.
More Books By David L. Gosling
View All