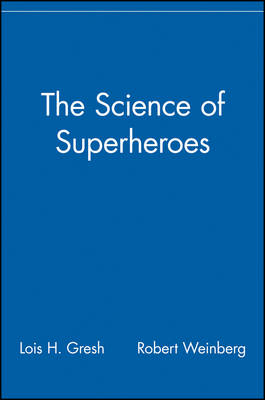 The Science of Superheroes

Description - The Science of Superheroes by Lois H. Gresh

The truth about superpowers ...science fact or science fiction? "An entertaining and informative guide to comic book wonders bound to come." -Julius Schwartz, Editor Emeritus, DC Comics Superman, Batman, The X-Men, Flash, Spider Man ...they protect us from evildoers, defend truth and justice, and, occasionally, save our planet from certain doom. Yet, how much do we understand about their powers? In this engaging yet serious work, Lois Gresh and Robert Weinberg attempt to answer that question once and for all. From X-ray vision to psychokinesis, invisibility to lightspeed locomotion, they take a hard, scientific look at the powers possessed by all of our most revered superheroes, and a few of the lesser ones, in an attempt to sort fact from fantasy. In the process, they unearth some shocking truths that will unsettle, alarm, and even terrify all but the most fiendish of supervillains. Lois Gresh (Rochester, NY) has written eight novels and nonfiction books as well as dozens of short stories and has been nominated for national fiction awards six times. Robert Weinberg (Oak Forest, IL) is a multiple award-winning author of novels, nonfiction books, short stories and comics.

Other Editions - The Science of Superheroes by Lois H. Gresh 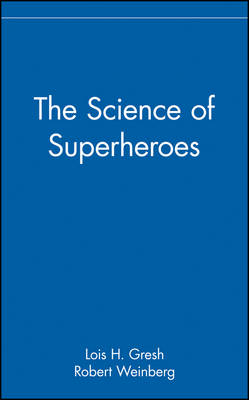 Book Reviews - The Science of Superheroes by Lois H. Gresh

» Have you read this book? We'd like to know what you think about it - write a review about Science of Superheroes book by Lois H. Gresh and you'll earn 50c in Boomerang Bucks loyalty dollars (you must be a Boomerang Books Account Holder - it's free to sign up and there are great benefits!)

LOIS GRESH is the author of eight books and has been nominated for national fiction awards six times. She serves as Creative-Technical Director of a communications company and is coauthor, along with Robert Weinberg, of The Computers of Star Trek. ROBERT WEINBERG's fiction has been nominated for Hugo, World Fantasy, and Stoker Awards. He was the 2002 winner of the Bram Stoker Award for Best Illustrated Narrative for his comic book series, Nightside. At present, Weinberg writes the comic book series Extinction Event for Wildstorm Comics. He previously served for twenty years as chairman of the Chicago Comicon, the second-largest comic convention in the United States.

A Preview for this title is currently not available.
More Books By Lois H. Gresh
View All