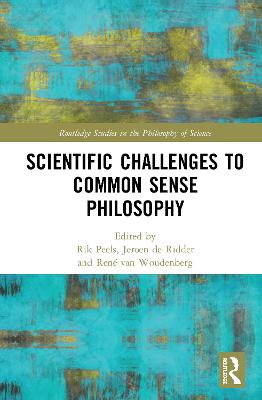 Common sense philosophy holds that widely and deeply held beliefs are justified in the absence of defeaters. While this tradition has always had its philosophical detractors who have defended various forms of skepticism or have sought to develop rival epistemological views, recent advances in several scientific disciplines claim to have debunked the reliability of the faculties that produce our common sense beliefs. At the same time, however, it seems reasonable that we cannot do without common sense beliefs entirely. Arguably, science and the scientific method are built on, and continue to depend on, common sense.

This collection of essays debates the tenability of common sense in the face of recent challenges from the empirical sciences. It explores to what extent scientific considerations-rather than philosophical considerations-put pressure on common sense philosophy. The book is structured in a way that promotes dialogue between philosophers and scientists. Noah Lemos, one of the most influential contemporary advocates of the common sense tradition, begins with an overview of the nature and scope of common sense beliefs, and examines philosophical objections to common sense and its relationship to scientific beliefs. Then, the volume features essays by scientists and philosophers of science who discuss various proposed conflicts between commonsensical and scientific beliefs: the reality of space and time, about the nature of human beings, about free will and identity, about rationality, about morality, and about religious belief. Notable philosophers who embrace the common sense tradition respond to these essays to explore the connection between common sense philosophy and contemporary debates in evolutionary biology, neuroscience, physics, and psychology.

» Have you read this book? We'd like to know what you think about it - write a review about Scientific Challenges to Common Sense Philosophy book by Rik Peels and you'll earn 50c in Boomerang Bucks loyalty dollars (you must be a Boomerang Books Account Holder - it's free to sign up and there are great benefits!)


A Preview for this title is currently not available.
More Books By Rik Peels
View All