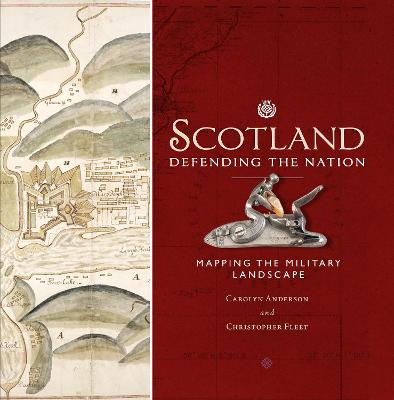 Scotland has had a uniquely important military history over the last five centuries. Conflict with England in the 16th century, Jacobite rebellions in the 18th century, 20th-century defences and the two world wars, as well as the Cold War, all resulted in significant cartographic activity.

In this book two map experts explore the extraordinary rich legacy of Scottish military mapping, showing and explaining the variety of military maps produced for different purposes, including fortification plans, reconnaissance mapping, battle plans, military roads and route-way plans, tactical maps, plans of mines, enemy maps showing targets, as well as plans showing the construction of defences. In addition to plans, elevations, and views, they also discuss unrealised proposals and projected schemes. Many of these maps are both striking and attractive, and have been selected for the particular stories they tell about attacking and defending the country.

» Have you read this book? We'd like to know what you think about it - write a review about Scotland: Defending the Nation: Mapping the Military Landscape book by Carolyn Anderson and you'll earn 50c in Boomerang Bucks loyalty dollars (you must be a Boomerang Books Account Holder - it's free to sign up and there are great benefits!)


A Preview for this title is currently not available.
More Books By Carolyn Anderson
View All