Revealing and fascinating biography of one of America's greatest writers.

Scott Fitzgerald follows the life of one of America's most enduring authors, from his early years in St Paul and at Princeton to New York in the twenties, the French Riviera, Baltimore, and finally Hollywood. Andrew Turnbull tells the story behind F. Scott Fitzgerald's This Side of Paradise, revised and finally published when he was twenty-four, making him instantly famous, and his tender love affair with Zelda Sayre, from their glittering early life to the years Zelda spent in and out of sanatoriums. A literary generation, too, comes alive, including Ernest Hemingway, Edmund Wilson and Edith Wharton. Fitzgerald lived on Turnbull's family estate in Baltimore in the early 1930s and there befriended young Andrew, then aged eleven. Turnbull's personal relationship with Fitzgerald and the hundreds of interviews with those who knew him elegantly capture the dramatic, tragic story of F. Scott and the glow and pathos of his flamboyant life. 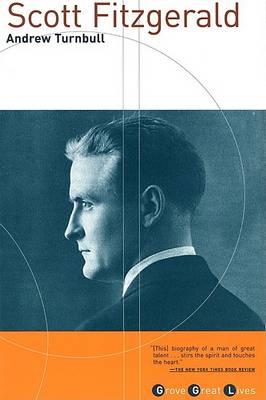 » Have you read this book? We'd like to know what you think about it - write a review about Scott Fitzgerald book by Andrew Turnbull and you'll earn 50c in Boomerang Bucks loyalty dollars (you must be a Boomerang Books Account Holder - it's free to sign up and there are great benefits!)

Andrew Turnbull was born and spent his early years in Baltimore, He graduated from Princeton in 1942 and earned his Ph. D in European history from Harvard in 1954. During the Second World War he served as a lieutenant in the U. S. Navy. After the war he worked in Paris for several years and returned to America to enter the Harvard Graduate School. From 1954 to 1958 he was an instructor in the humanities at the Massachusetts Institute of Technology. He then turned his attention to writing, until his death in 1970.

A Preview for this title is currently not available.
More Books By Andrew Turnbull
View All