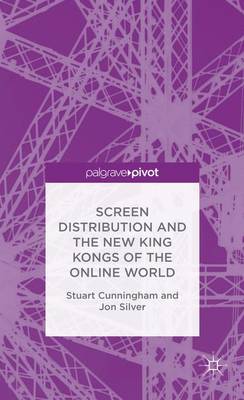 Screen Distribution and the New King Kongs of the Online World

Drawing on comparisons with historical shake-ups in the film industry, Screen Distribution Post-Hollywood offers a timely account of the changes brought about in global online distribution of film and television by major new players such as Google/YouTube, Apple, Amazon, Yahoo!, Facebook, Netflix and Hulu.

» Have you read this book? We'd like to know what you think about it - write a review about Screen Distribution and the New King Kongs of the Online World book by Stuart Cunningham and you'll earn 50c in Boomerang Bucks loyalty dollars (you must be a Boomerang Books Account Holder - it's free to sign up and there are great benefits!)

A Preview for this title is currently not available.
More Books By Stuart Cunningham
View All

In the Vernacular: A Generation of Australian Culture and Controversy
$37.80 $45.00

A Treatise on the Law of Executors and Administrators: And of the Administration of the Estates of Deceased Persons, with an Appendix of Statutes and Forms.
$58.93 $65.48