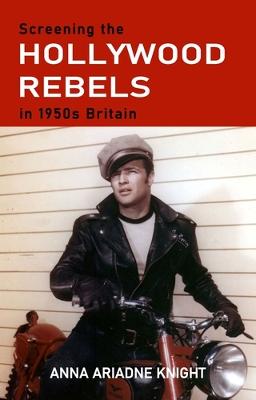 This book examines issues of censorship, publicity and teenage fandom in 1950s Britain surrounding a series of controversial Hollywood films: The Wild One, Blackboard Jungle, Rebel Without a Cause, Rock Around the Clock and Jailhouse Rock. It also explores British cinema's commentary on juvenile delinquency through a re-examination of such British films as The Blue Lamp, Spare the Rod and Serious Charge. Taking a multi-dimensional approach, the book intersects with star studies and social history while reappraising the stardom of Marlon Brando, James Dean and Elvis Presley. By looking at the specific meanings, pleasures and uses British fans derived from these films, it provides a logical and sustained narrative for how Hollywood star images fed into and disrupted British cultural life during a period of unprecedented teenage consumerism.

» Have you read this book? We'd like to know what you think about it - write a review about Screening the Hollywood Rebels in 1950s Britain book by Dr Anna Ariadne Knight and you'll earn 50c in Boomerang Bucks loyalty dollars (you must be a Boomerang Books Account Holder - it's free to sign up and there are great benefits!)