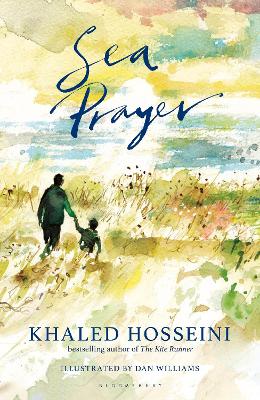 A deeply moving, gorgeously illustrated short story for people of all ages from the international bestselling author of The Kite Runner, brought to life by Dan Williams's beautiful illustrations

'The book may be brief, but it is beautiful, poetic - a distillation of his strengths' Sunday Times

On a moonlit beach a father cradles his sleeping son as they wait for dawn to break and a boat to arrive. He speaks to his boy of the long summers of his childhood, recalling his grandfather's house in Syria, the stirring of olive trees in the breeze, the bleating of his grandmother's goat, the clanking of her cooking pots. And he remembers, too, the bustling city of Homs with its crowded lanes, its mosque and grand souk, in the days before the sky spat bombs and they had to flee.

When the sun rises they and those around them will gather their possessions and embark on a perilous sea journey in search of a new home. 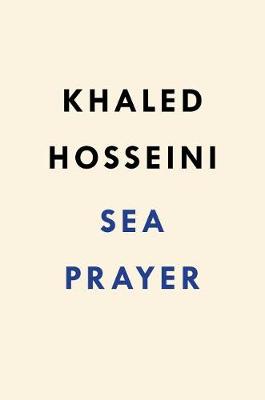 » Have you read this book? We'd like to know what you think about it - write a review about Sea Prayer book by Khaled Hosseini and you'll earn 50c in Boomerang Bucks loyalty dollars (you must be a Boomerang Books Account Holder - it's free to sign up and there are great benefits!)

4 stars Sea Prayer is an illustrated book by best-selling author, Khaled Hosseini. The text is very short and comprises what a father is telling his young son about the land they are about to leave, and how wonderful it once was, as they sit on the beach with many others, awaiting the boat that will take them to what they hope will be safety. It is beautifully illustrated in a watercolour wash by Dan Williams and the proceeds go to the UNHCR and The Khaled Hosseini Foundation to assist global refugees. It was inspired by the story of a three-year-old Syrian refugee, Alan Kurdi, who washed up on a Mediterranean beach in 2015, and is dedicated to the thousands of refugees who have perished at sea fleeing war and persecution. A very worthwhile purchase.

Khaled Hosseini is one of the most widely read and beloved novelists in the world, with over 55 million copies of his books sold in more than 70 countries. The Kite Runner was a major film and was a Book of the Decade, chosen by The Times, Daily Telegraph and Guardian. A Thousand Splendid Suns was the Richard & Judy Best Read of the Year in 2008. And the Mountains Echoed was chosen for the Richard & Judy Summer Book Club in 2014, and readers voted it as their favourite of all the titles. Hosseini is also a Goodwill Envoy to the United Nations High Commissioner for Refugees, the UN Refugee Agency and the founder of The Khaled Hosseini Foundation, a not-for-profit organisation which provides humanitarian assistance to the people of Afghanistan. He was born in Kabul, Afghanistan, and lives in northern California. khaledhosseini.com @khaledhosseini Dan Williams is a London-based artist whose illustrations accompanied an extract of A Thousand Splendid Suns in the Guardian when it was first published 15 years ago. His work has also appeared in National Geographic, Rolling Stone and the Wall Street Journal, amongst many other publications. dan-williams.net